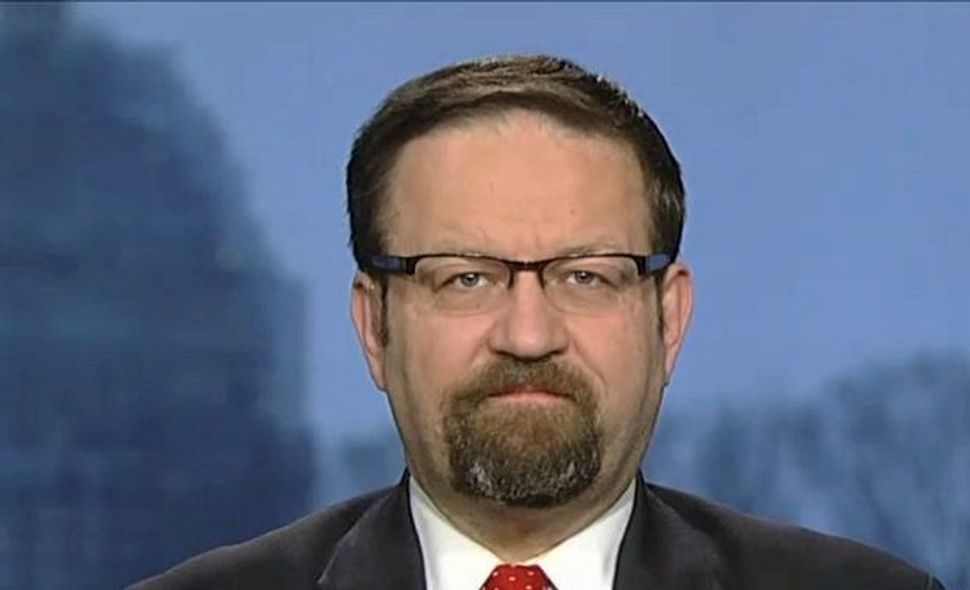 Among the many issues that were raised when Donald Trump chose the controversial Sebastian Gorka to serve as his counterterrorism adviser, none had related to an issue of public record in his ancestral homeland of Hungary.

According to a report on Buzzfeed, quoting the Hungarian website 444, back in September 2016 Hungarian police issued an arrest warrant against Gorka on charges relating to “firearm or ammunition abuse.”

The report did not provide any details regarding the nature of Gorka’s gun issues that had led to the arrest warrant, but it is known that the former Trump adviser once got caught trying to pass a gun through TSA security at Reagan National airport in Washington.

The warrant, still in place, was issued before the U.S. elections and, neither this, nor his apparent membership of a banned, Nazi-allied group in Hungary, appear to have come up during the vetting process Gorka underwent before assuming his White House position.

Gorka was fired from the Trump administration in August, a week after the departure of his political patron, Steve Bannon.