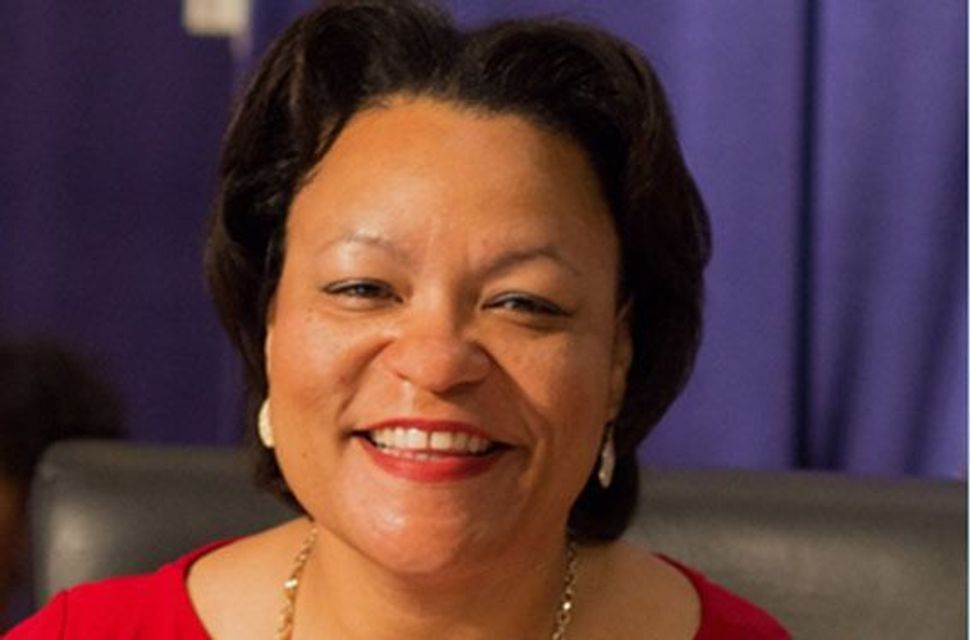 (JTA) — New Orleans Mayor-elect LaToya Cantrell has walked back her support for a resolution she authored and supported that lends support to the Boycott, Divestment and Sanctions movement against Israel.

The resolution to boycott investments with human rights violators, which passed the New Orleans City Council on Jan. 11 with all five members present voting in support, mentions neither Israel nor the Palestinian territories, but BDS and anti-Israel activists claimed the passage as a victory for their cause.

Cantrell was not present for the vote on the resolution, which she wrote and introduced as part of her Welcoming Cities initiative, reportedly in collaboration with the New Orleans Palestinian Solidarity Committee.

In a statement issued on Saturday, Cantrell said she would support the council in its plans to reconsider and withdraw the resolution.

On Wednesday City Council President Jason Williams called for reconsideration of the resolution, saying he was not aware of the boycott movement or its mission when he and the council voted, the New Orleans Advocate reported. Other council members have told the local media that they will move to reconsider the resolution at their next council meeting.

“After extensive discussion and deliberation about the impact of this resolution, I can say that the unintended impact does not reflect my commitment to inclusivity, diversity, and respect and support for civil rights, human rights and freedoms of all New Orleanians,” Cantrell, who takes office in four months, said in her statement.

She noted that the resolution introduced at the last minute was taken up at the end of a nearly six-hour meeting after a suspension of the rules, “needlessly denying interested parties notice, transparency, and open discourse.”

Cantrell said in the statement that she regrets that the council’s passage of the resolution has encouraged outsiders to claim that New Orleans is one of the largest U.S. cities to support the Boycott, Divestment and Sanctions movement against Israel.

“This is totally inaccurate, untruthful and does not reflect the values of New Orleans. We are a city that is welcoming, and open to all. Well intentioned actions can be taken out of context by others for their own political benefit, with negative connotations that overshadow any original motives; I believe that is what happened with this resolution,” according to the statement.

The mayor-elect reiterated her support of the Jewish community and Israel. “While I will continue to examine issues of civil rights and fair contracting, I want to unequivocally reiterate that I am neither supportive of the BDS movement nor in any way hostile to the Jewish community or the State of Israel. Nor was it my intention to commit the City of New Orleans to such positions,” she said.