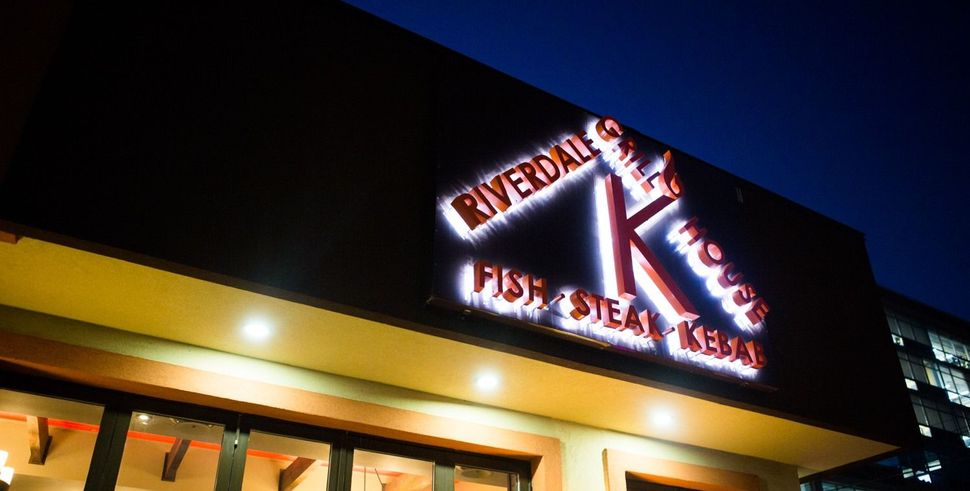 (JTA) — The owner of a high end, glatt kosher restaurant claimed in a lawsuit that local rabbis are forcing him out of the kosher community because his wife isn’t Jewish.

Dimitry Berezovskiy, owner of the Riverdale K Grill House, in a lawsuit filed in Bronx Supreme Court, alleges that his landlord Moses Marx and the rabbinical council of Riverdale spread rumors that he lost his kashrut certification in order to drive him out of business, the New York Post reported.

Berezovskiy opened the restaurant in 2015, determined to bring quality kosher dining to Riverdale, the Riverdale Press reported in November, in an article reporting that he was trying to sell the restaurant due to struggles to run a restaurant under the handicap of being certified glatt kosher.

He told the Riverdale Press in November that the restrictions imposed by the local rabbinical council limiting what he can and cannot sell without losing his kosher certificate was making it difficult to compete with other neighborhood restaurants.