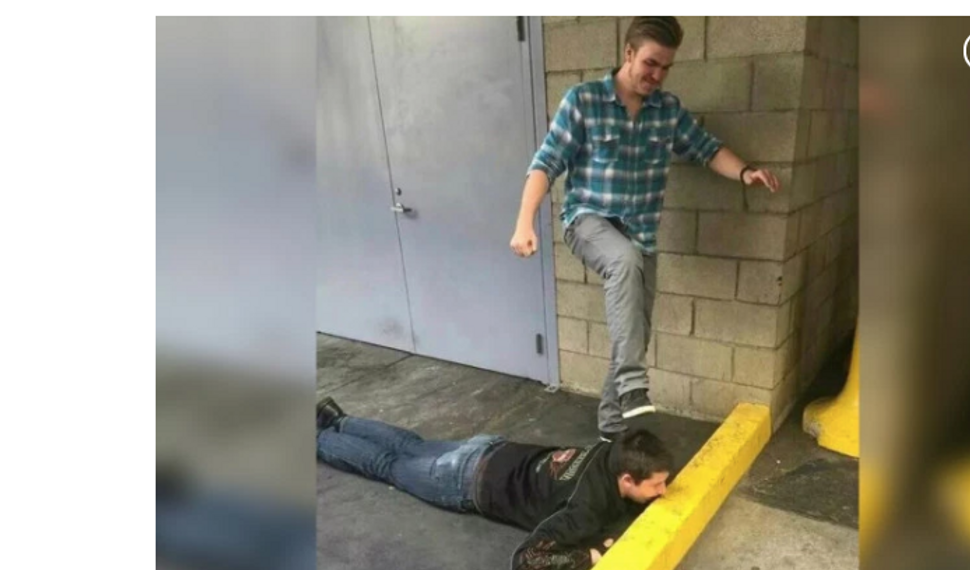 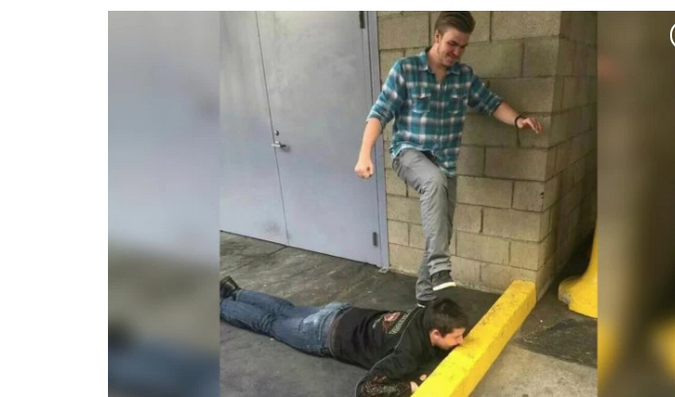 Samuel Woodward, who posted white nationalist screeds on fringe sites, posted a photo of himself pretending to crush a friend’s skull against a concrete parking barrier, the New York Post reported.

It was apparently intended as a recreation of a stomping killing scene in “American History X,” a 1998 film starring Edward Norton as a neo-Nazi skinhead.

The photo sheds new light on the hateful rage that police say led Woodward to stab Bernstein more than 20 times in a park in their affluent Los Angeles suburb on January 3.

Woodward, 20, is facing murder charge, but police say they are investigating whether he will be charged with hate crimes.

He referred to Bernstein, a popular Jewish University of Pennsylvania student, by an anti-gay slur and told police Bernstein kissed him after they met hours before the killing.

Along with the photo, Woodward posted plenty of racist and violent material on social media sites, including a rape fantasy about an Asian high school English teacher.

“Anti-Semitism and homophobia were certainly aspects of his ideology,” one user who claimed to be close to Woodward told the paper.