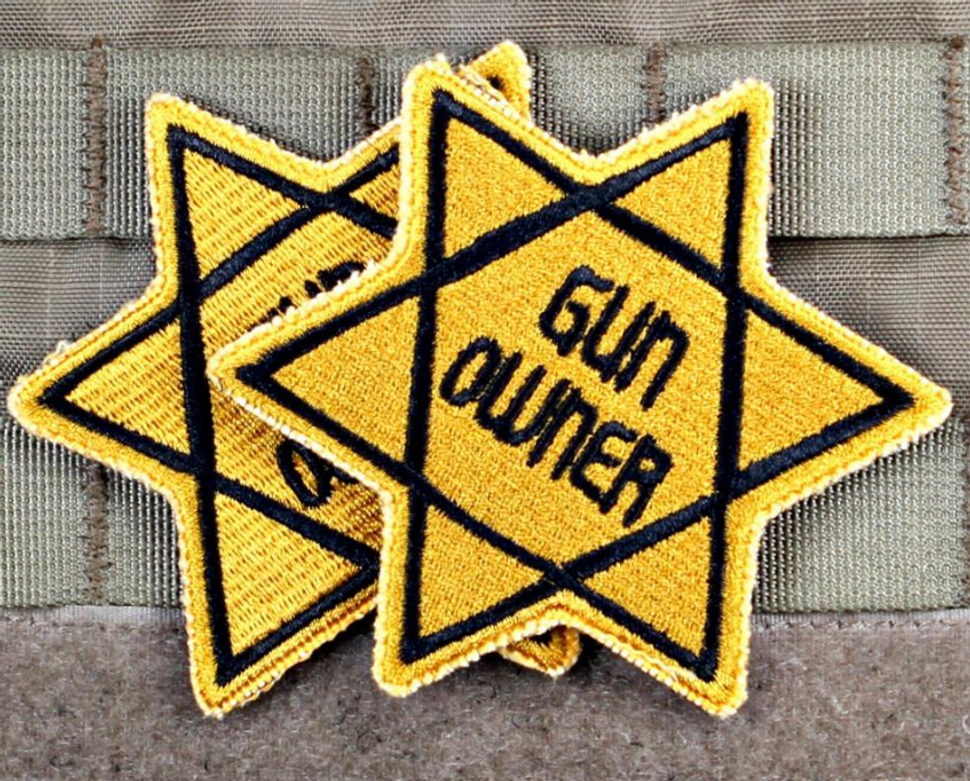 A St. Louis-area gun parts business said Tuesday that it will no longer sell a yellow star-shaped patch saying “Gun Owner,” which mimicked the insignias that Jews were forced to wear during the Holocaust. But the retailer it acquired the patches from still features them on their website.

The store, called Tactical Shit, offered the patch for $8 on its website in a dropdown menu marked “offensive.” The store’s owner, T.J. Kirgin, told the Riverfront Times on Tuesday that it sells over 1,700 firearms-related patches, and that the patch in question was created by an Indiana company called Violent Little Machine Shop.

Kirgin said that the patch was a popular item during the Obama administration due to what customers saw as that administration’s targeting of gun owners. He said he will remove the patch from his store and website.

“We will not make a habit out of removing products simply because they offend someone, however we are making an exception in this situation due to the religious implications and because the patch is in fact no longer relevant under the Trump Administration,” he wrote to the Riverfront Times.

Violent Little Machine Shop still offers the patch on its website. The patch’s description says that it “is a strong reminder of how quickly an unarmed society can be toppled by a dictatorship. How have we reached this point? How has the persecution of a single group of people become so socially acceptable? Well, to us, its not. Its time to remind these people of history. Line in the sand: drawn. This patch will fray nicely at the edges with usage (intentionally).”