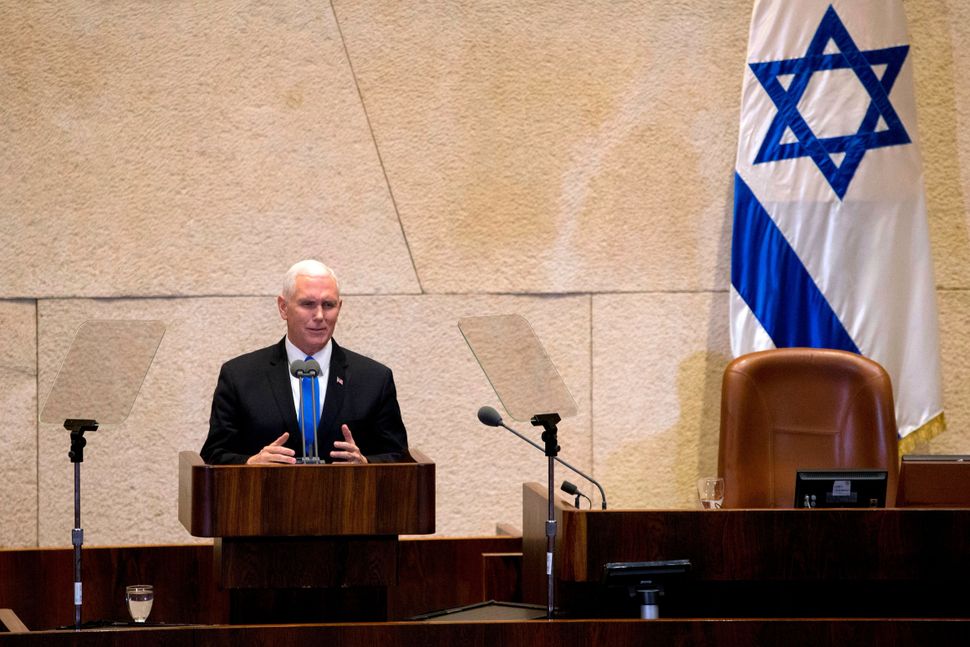 Listeners to Vice President Mike Pence’s speech to Israel Knesset on Monday were impressed by its biblical references and by the way it played to Jewish sensitivities.

Now, the Times of Israel is reporting that this is no coincidence. Pence got help with his speech from one of the most prominent rabbinical voices of modern Jewry.

Rabbi Jonathan Sacks, the former chief rabbi of Britain, “was an instrumental part” of crafting Pence’s speech, knowledgeable sources told the Times of Israel. A White House official confirmed that Pence had met with Sacks in October in order to draw on his advice before his trip to Israel. Sacks’s input, according to the official, was a “hugely critical element in crafting the speech.” The U.S. official added that “Rabbi Sacks has advised prime ministers and presidents for years. The vice president thought it was critical to have his counsel for a speech of this magnitude.”

According to the report, Pence quoted almost verbatim a 2001 passage by Sacks discussing Abraham’s journey to the land of Israel and the Jewish people’s roots.