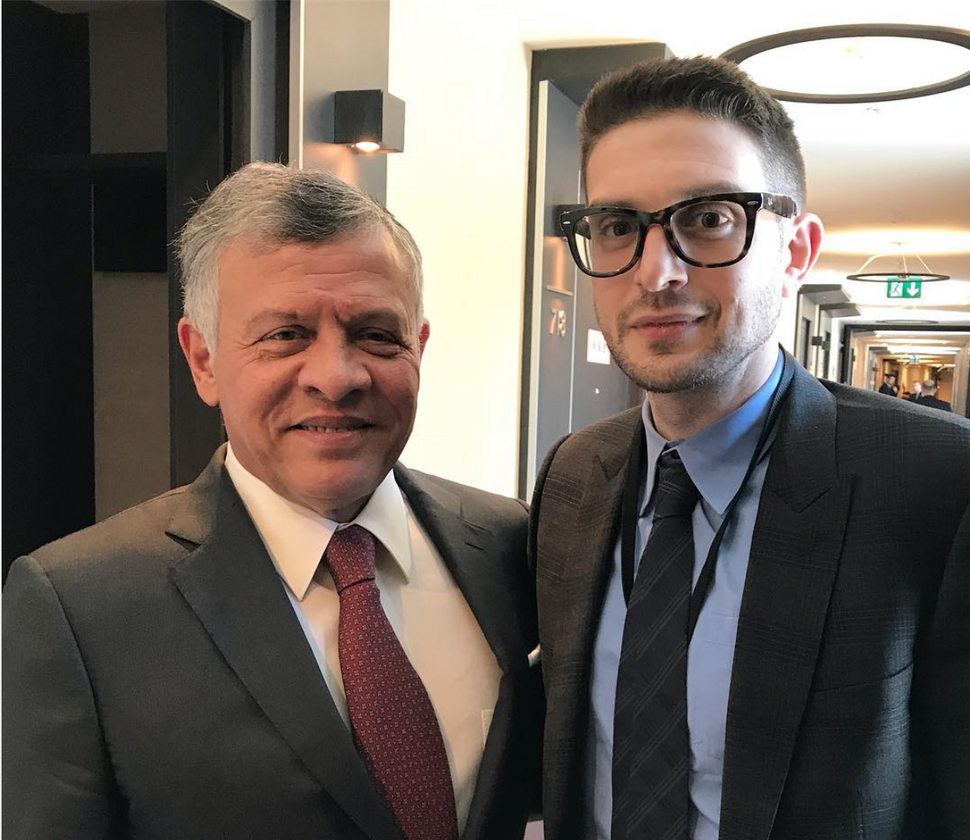 Alexander Soros with King Abdullah of Jordan Image by Instagram

Alex Soros is not only the son-of Democratic mega-donor George Soros. He is also an up-and-coming philanthropist on his own, known for supporting Jewish progressive causes.

This week, the 32-years old Soros is in Davos, Switzerland, hobnobbing with other billionaires, business people, and heads of state attending the World Economic Forum. In his instagram account, Soros Junior posted a photo of him with King Abdaullah of Jordan, or #kingabduallah as he refers to him:

“An honor to meet with his majesty, #kingabdullah of #Jordan, who continues to do so much to quell tensions worldwide in these troubling times! #davos @worldeconomicforum #wef”

Once done with Davos, Soros is likely to go back to California, where he’s working on his Ph.D at the UC Berkley.