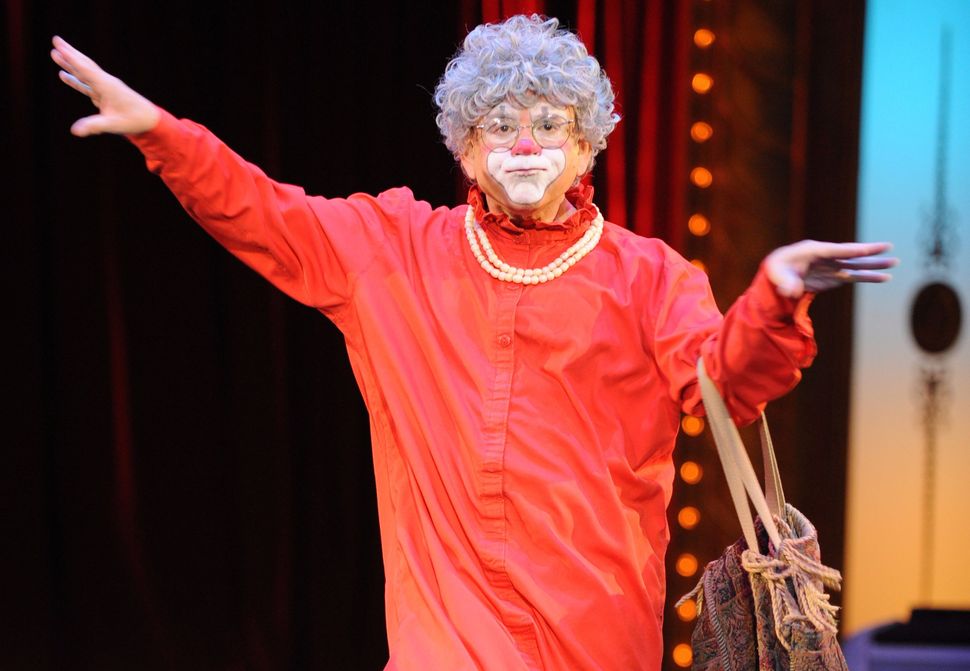 Barry Lubin, aka Grandma the Clown Image by PR Newswire

The Big Apple Circus’s Grandma the Clown, portrayed by Jewish performer Barry Lubin, has resigned after admitting to coercing a 16-year-old aerialist into posing for sexually inappropriate photos, the New York Times reported.

In 2004, Lubin offered Zoey Dunne work in Big Apple Circus’s mini troupe for hire, but before beginning work, he brought her to his trailer for what he said was a photo shoot for his side business. He then pressured her into having her photo taken in a sexually suggestive position wearing a thong.

Dunne reported the incident in 2012, but Lubin had already retired. When he rejoined in 2017, Dunne spoke up again, leading to his resignation.

Lubin, 65, who played the character for over 30 years, released a statement corroborating the story, saying he “takes full responsibility for his actions.”

Lubin, who had the nickname “Bubbe of the Circus,” has said that he modeled the Grandma character after his own Jewish grandmothers and others he’d see growing up in Atlantic City. He told the Jewish Week that he had a “typical” Conservative Hebrew-school-and-bar-mitzvah upbringing and that he “has a close relationship with God.”