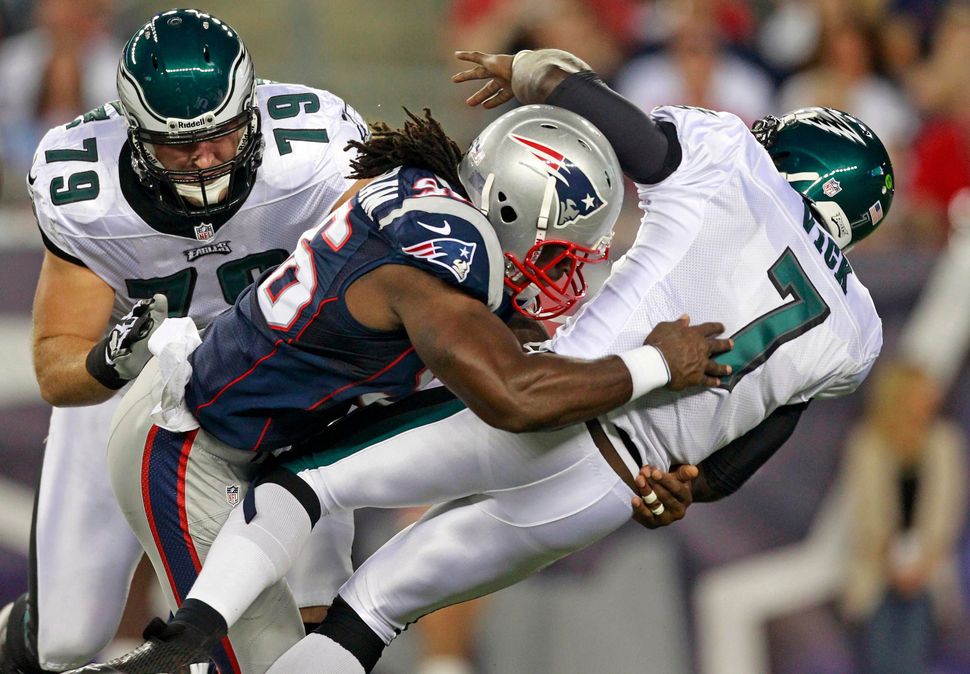 A tackle during a 2012 Eagles-Patriots game. Image by Facebook

(JTA) — A temple in Boston and a temple in Philadelphia are making a friendly bet on next week’s Super Bowl, with charity being the winner.

Congregation Rodeph Shalom of Philadelphia and Temple Israel of Boston have agreed to a Tzedakah Super Bowl Wager over the results of the big game.

The synagogues announced the charities of their choices on Wednesday. The synagogue from the city of the losing team will donate 18 times the difference in the score to the charity of the other synagogue’s choice.

Both synagogues also urged their congregants to donate to the charities ahead of the Super Bowl.