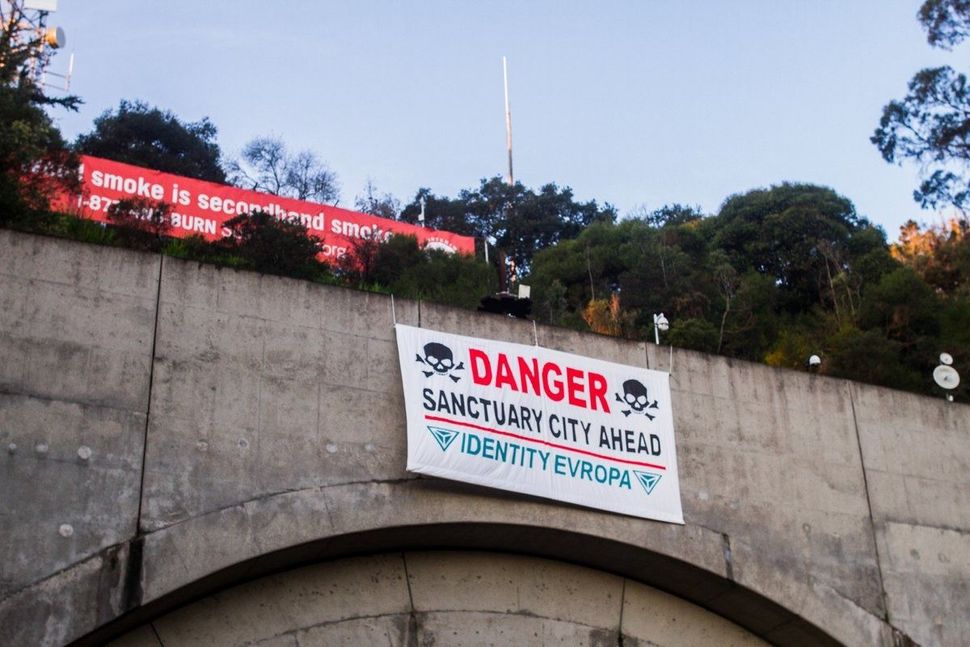 A white nationalist group claimed credit for a sign hung over a tunnel entering San Francisco that seemed to mock the city’s policy on protecting undocumented immigrants.

The sign, reading “Danger Sanctuary City Ahead,” greeted westbound motorists heading into the city on the Bay Bridge, CBS News reported. The banner was also emblazoned with the name Identity Evropa — a white supremacist group in the larger “alt-right” orbit. The group also posted images of the sign on their Twitter page.

PUBLIC SERVICE ANNOUNCEMENT FROM IDENTITY EVROPASan Francisco is a dangerous sanctuary city where the law does not apply to illegal invaders.Enter at your own risk! pic.twitter.com/Ri8JnTmw1k

The Southern Poverty Law Center describes Identity Evropa as a hate group; the group was founded by self-described “identitarian” Nathan Damigo, and is one of a handful of younger white nationalist groups that have formed in recent years. Like other white nationalist groups, Identity Evropa views whites as an imperiled people, facing the existential threat of a “rising tide” of brown and black people — with Jews either benefiting from or causing the downfall of the “white race.”