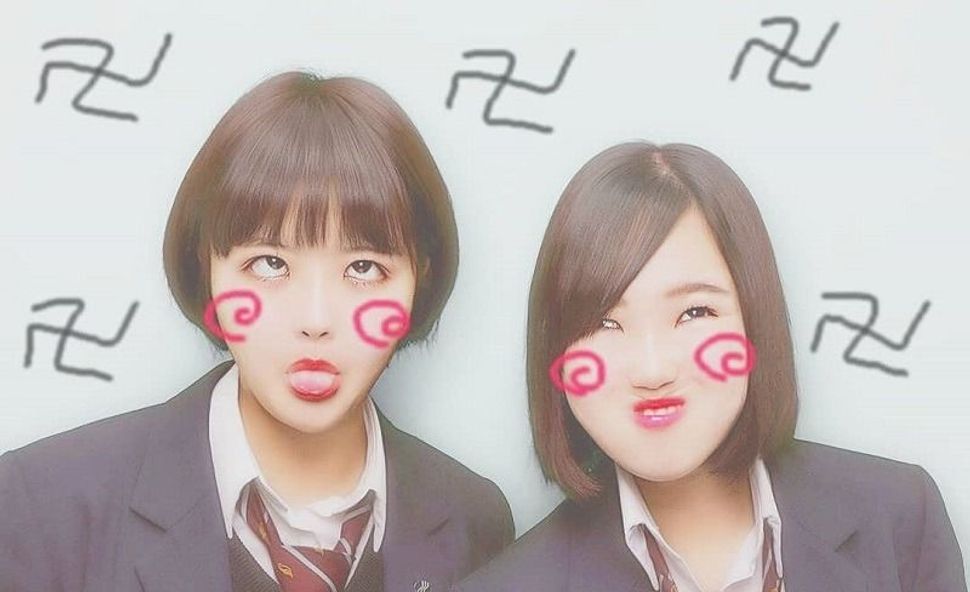 Japanese schoolgirls are known for moving quickly through zany and playful trends. But this latest one might need some explaining for Westerners.

A teen taking a selfie might say “Manji!” the way Americans say “Cheese!” A manji can also mean “high class” or used as an emoji to symbolize running. It can even mean “Yay!” when paired with an exclamation point. The manji was the number one buzzword used by Japanese schoolgirls in 2016.

Japanese do have a different name for the Nazi swastika — they call it the haakenkuroitsu, from the German word hakenkreutz. While the German swastika faces left, Buddhist swastikas sometimes face right.

There have been calls in Japan to remove swastikas from regional maps denoting the location of Buddhist temples, so as not to confuse Western tourists. But the Japanese association of the manji character with Buddhism is so strong, that a WWII-themed video game replaced all instances of a swastika with an iron cross in its Japanese version so as not to confuse Japanese players.