Ultra-Orthodox Weekly Blurred Women In Holocaust Picture In English, Too 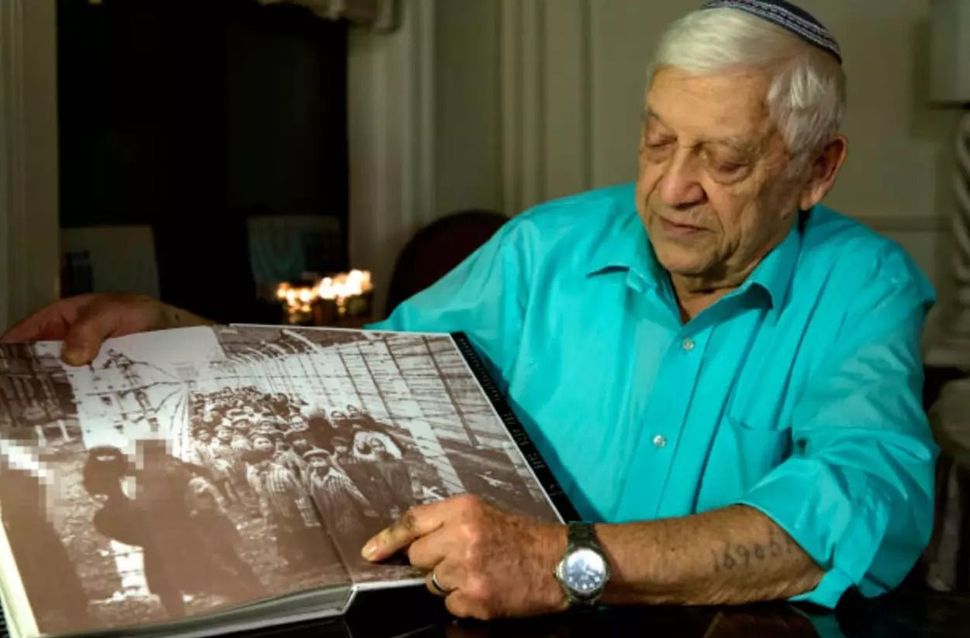 An image of Holocaust victims in Auschwitz II-Birkenau blurred out in the magazine Mishpacha. Image by Mischpacha

The largest circulation ultra-Orthodox weekly magazine blurred out the faces of women in an image they published of prisoners at a Nazi death camp, Haaretz reported.

Last week Mishpacha, which means “family” in Hebrew, published a story about twins operated on by Dr. Josef Mangele, a Nazi officer who conducted cruel and horrifying experiments on prisoners held at Auschwitz.

In a post on Facebook, Mishpacha’s editor Yisroel Besser said the photo was censored for the weekly’s Hebrew-language version, where restrictions on using images of women are more strict. But the blurred image can be seen on Mishpacha’s English-language website.

Women are routinely edited out of pictures in ultra-Orthodox newspapers. In 2016, one newspaper made headlines after it published a picture of Hillary Clinton’s hand.

Readers and descendants of Holocaust survivors reacted with outrage on social media.

“If she’s a Nazi victim, you’ve murdered her again, if she’s a Holocaust Survivor, you’ve done what the Nazis didn’t, and if she’s a liberator you’ve desecrated her name,” Shoshanna Keats Jaskoll, founder of the women’s religious group Chochmat Nashim, wrote on Twitter.

In a statement, Mishpacha called the blurred image “a mistake.”

“The ultra-Orthodox community treasures the memory of the millions of holy ones that died in sanctification of God’s name during the Holocaust, by maintaining our glorious heritage of faith in the Creator and the fulfillment of his commandments,” the magazine said. “Like all Haredi media we respect the rules set by Torah sages 70 years ago, by which photographs of women may not be shown in our newspapers.”

Ultra-Orthodox Weekly Blurred Women In Holocaust Picture In English, Too