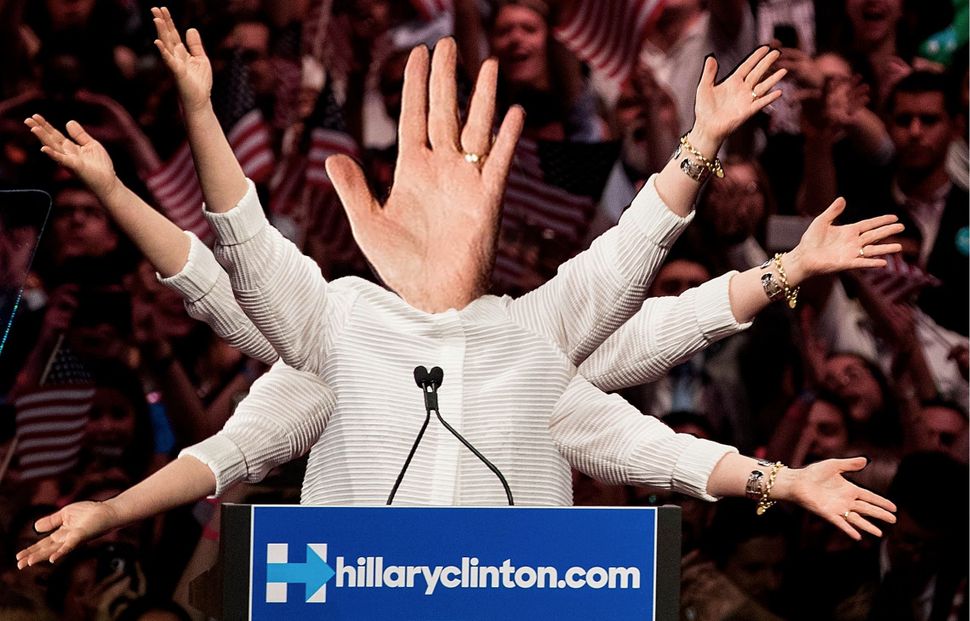 In an unlikely turn of events, the ultra-Orthodox newspaper Yated Ne’eman has been thrust into the spotlight as a paragon of feminism and progressive media ethics. The newspaper has, for the first time in its history, published a picture of a woman, Only Simchas reported. And not just any woman: Presidential nominee Hillary Clinton. But, if we’re being totally honest here, it’s not really a picture of the whole woman: It’s a picture of her hand.

The picture, taken at a rally in St. Petersburg, FL, boldly, history-makingly shows Hillary Clinton’s hand and the quiff of her hair poking out from behind a podium.

According to a news analysis from the Columbia Journalism Review, ultra-Orthodox newspapers routinely swap out pictures of the presidential candidate for pictures of her house, campaign posters and even pictures of her husband, Bill Clinton. The only image that is (rarely) allowed of her has been in satirical cartoons — often ones that are less-than-flattering.

That all changed with the August 12 issue of Yated Ne’eman, which ran the picture of Hillary Clinton’s hand as part of an article on Clinton’s unsuccessful efforts to bring 200,000 jobs to Upstate New York.

This is not the first time that ultra-Orthodox papers have made headlines for conspicuously manipulating the presence of Clinton in a picture, or that of other female political leaders. In 2011 the Yiddish newspaper Di Zeitung published the famous photograph of President Obama, Vice President Biden, Hillary Clinton and others in the Situation Room, watching the killing of Osama bin Laden — except Clinton didn’t make it into the picture. She was scrubbed out using photoshop, leaving a shadow where she had once been. 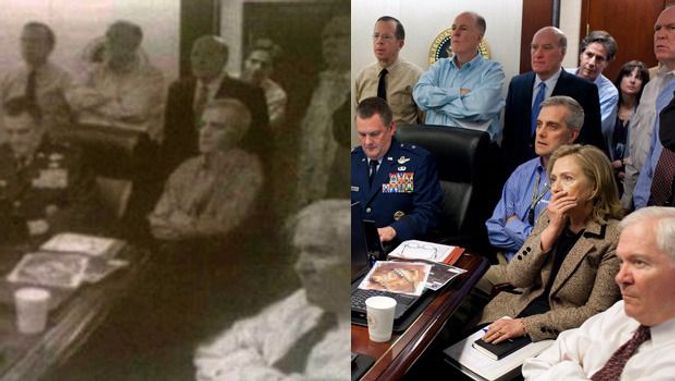 The Yiddish magazine Di Zeitung doctored an official White House photograph, left, to make it seem that Hillary was not there. Image by Only Simchas

After the Charlie Hebdo massacre last year an Israel ultra-Orthodox newspaper, Hamevaser, photoshopped Angela Merkel, the prime minister of Germany, out of a picture of her walking hand-in-hand with several male world leaders. 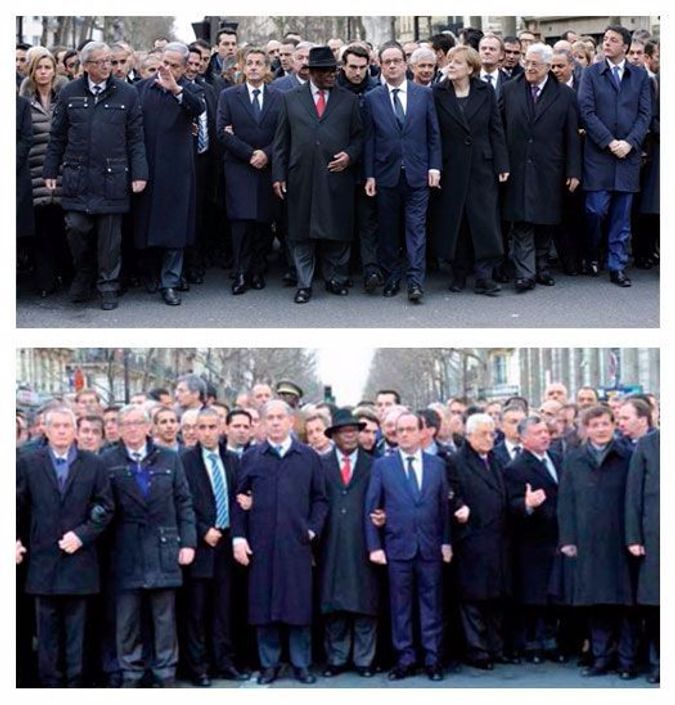 This trend has received attention in the Washington Post, as well as on Stephen Colbert’s old satirical news show, The Colbert Report.

After the publication of the Yated Ne’eman issue portraying Clinton’s right hand, several observers on Twitter weighed in, some poking fun at the media outlet and some bemoaning the apparent sea change in publishing policy at the newspaper:

In other Hillary-Clinton-hand-related news, the New York Times asserted last week that Clinton has incorporated a new gesture into her political arsenal: the clearly loaded, two-faced hand-over-the-heart maneuver.

It is unclear what kind of role Hillary Clinton’s right hand will play going forward with the elections after this week’s intense media scrutiny.