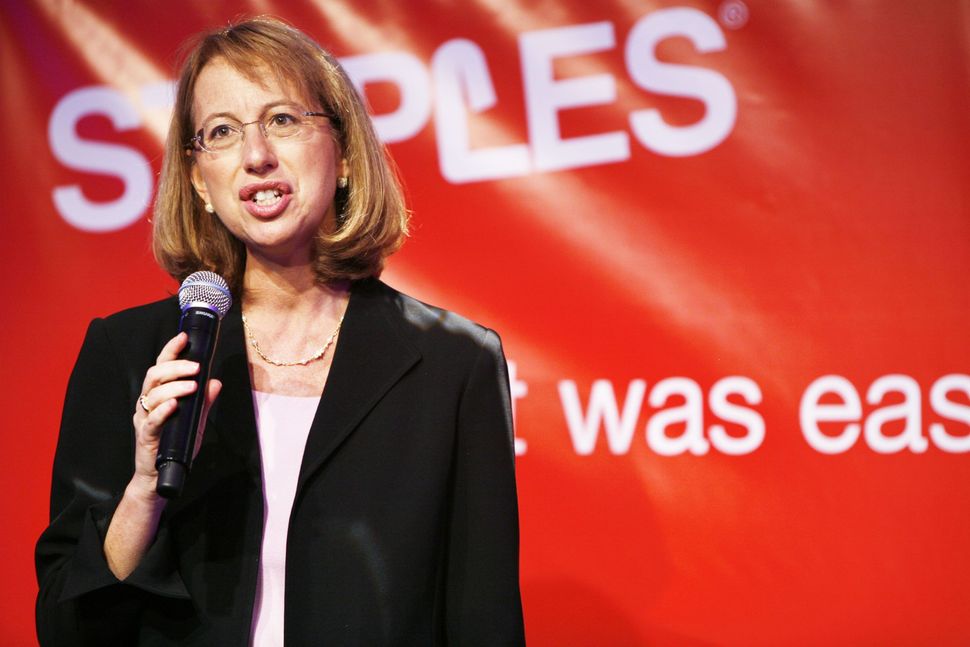 (JTA) — Staples CEO Shira Goodman abruptly departed as head of the retailer after a year and a half on the job.

The company announced Friday that Goodman was stepping down. Her successor was later announced as former Coca-Cola executive Alexander Douglas.

Staples went private less than a year ago after it was acquired by Sycamore Partners for $7 billion.

Goodman worked for the company in various executive roles for 26 years. She was named CEO in September 2016 after serving three months as interim CEO.

“Shira has played a critical role in the evolution of North American Delivery, from its earliest days as just an idea to its current market leadership,” Mark Cautela, a spokesman for Staples, said Friday in a statement. “We are immensely grateful for the contributions she has made to Staples over the last 26 years and she departs having led this organization with the highest level of integrity.”

The company’s corporate headquarters are located in Framingham, a suburb west of Boston.

Goodman is a leader in the Boston Jewish community. She is a member of the board of directors of Combined Jewish Philanthropies of Greater Boston and past president and ex-officio trustee of the Solomon Schechter Day School. A mother of three, she has been active in promoting Boston-area day schools for more than a decade.

She is married to Rabbi Wes Gardenswartz of Temple Emanuel, a Conservative synagogue in Newton, a Boston suburb.

Prior to Staples, she worked at Bain Capital, a private venture capital firm based in Boston that was founded by Mitt Romney, the Republican presidential candidate in 2012 and a former Massachusetts governor.

Goodman is a graduate of Princeton University and Harvard Law School. She also earned a master’s degree in management science from the Massachusetts Institute of Technology.