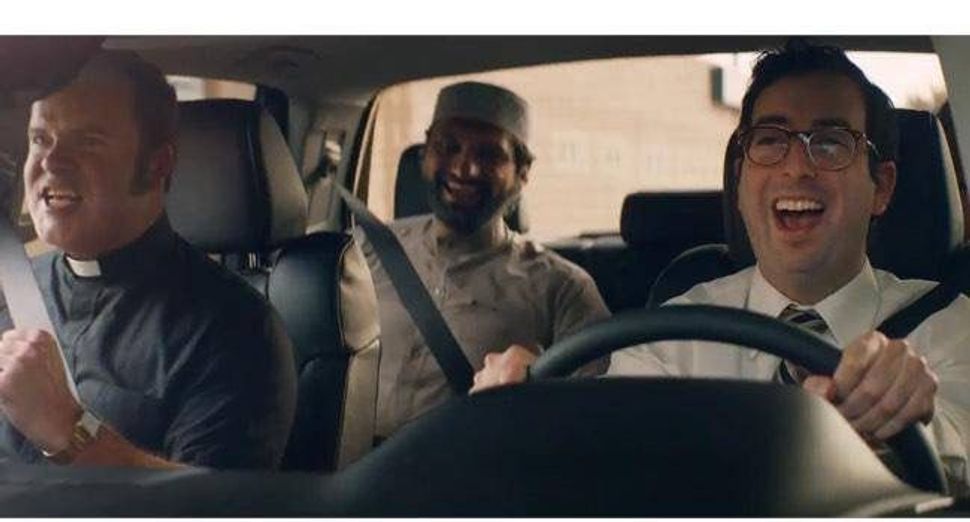 A rabbi, a priest, an imam and a Buddhist monk go to a football game together. It sounds like the beginning of a cheesy joke, but rather was the story behind one of last night’s Super Bowl commercials.

The ad for Toyota combined religion and sports into a lighthearted appeal for unity. In the 60-second spot, religious figures each leave their respective houses of worship in a Toyota Tundra to attend a football game together, where they meet up with a couple of nuns. Upon arriving, the rabbi puts on his kippah. The tagline: “We’re all one team.”

The life insurance company MassMutual also explored racial and religious diversity in its ad. The spot opened by alluding to the year’s occurrences of natural disasters and sexual misconduct, asking, “What kind of world do we live in?”

The clip then pivots to stories of good news. One of these stories was of a Texas-based synagogue that welcomed Muslims after their mosque was torched. “Our world is full of people looking out for each other,” says a voice-over.

Sunday night’s Super Bowl, in which the Philadelphia Eagles defeated the New England Patriots 41-33, was the highest scoring game in its 52-year history, with nearly half the country tuned in.