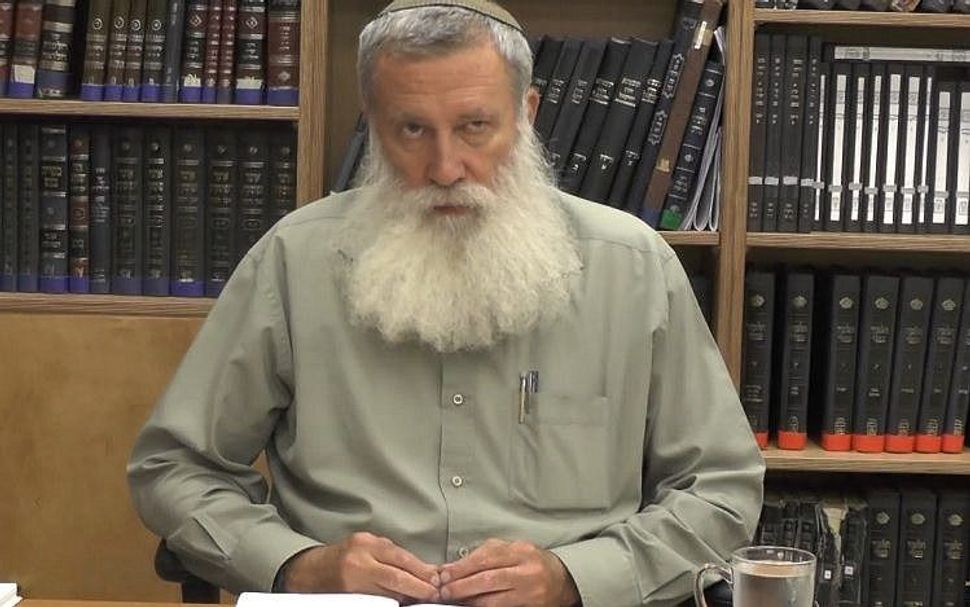 JERUSALEM (JTA) — A rabbi who teaches at a pre-military yeshiva in the West Bank told students that women are “weak minded” and “just babble.”

Rabbi Yosef Kelner also said women have a “limited capacity” for spirituality in the footage broadcast Tuesday by Hadashot news taken at a class on marriage and family. The class at the Bnei David academy in the Eli settlement was filmed last summer.

“There’s no such thing as spiritual women. It’s just not true,” Kelner said. “It’s not a failure on women’s part, it’s just that nobody is expecting them to reach certain heights spiritually.

“They are weak-minded. They just babble, that’s it. Women’s babble.”

He told the yeshiva students that modern culture is “destroying” and “confusing” women.

Kelner also indicated that men are more intelligent than women.

“Just because they send them en masse to universities they’re suddenly all great geniuses? No!” he said.

He issued an apology shortly after the footage was broadcast.

“I’m sorry this sort of thing ever came out of me. Sometimes a person fails. I wouldn’t say such things today,” he said.

Kelner added that his colleagues at the yeshiva are “opposed to both the style and content” of the comments.

The yeshiva reportedly has distanced itself from the rabbi’s remarks.

The head of the yeshiva, Rabbi Yigal Levinstein, came under fire nearly a year ago for denigrating female soldiers by saying the Israeli army drives them “crazy,” confuses their values and that they are “not Jewish” when they come out.