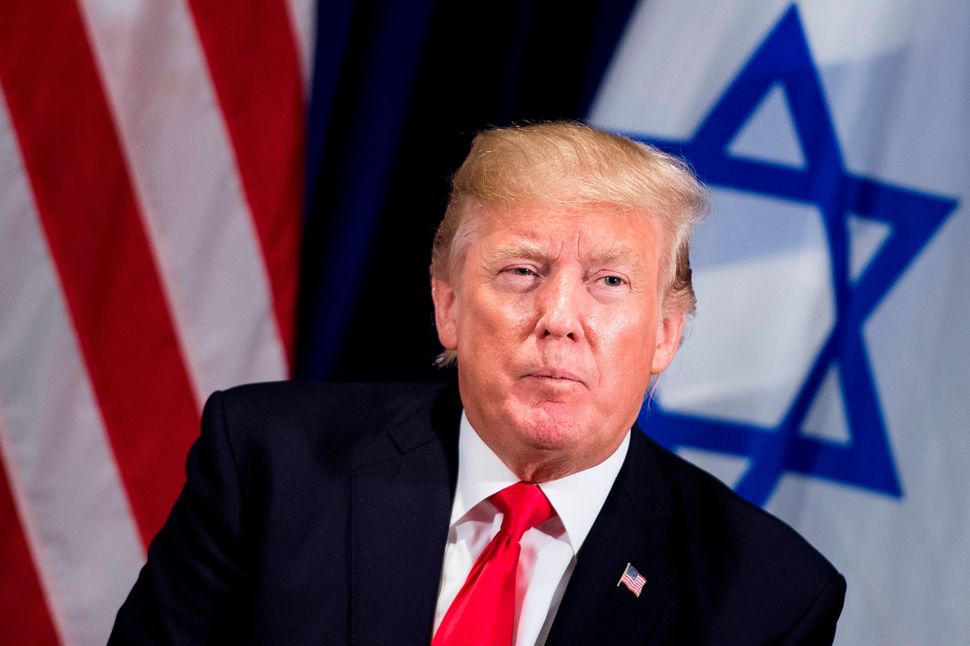 JERUSALEM (JTA) — President Donald Trump told an Israeli newspaper that both Israel and the Palestinians will have to “make hard compromises” to reach a peace agreement.

The American president also called the Iran nuclear deal “catastrophic for Israel,” during his interview with Israel Hayom editor-in-chief Boaz Bismuth, held in the Oval Office. The free daily, owned by American billionaire Sheldon Adelson, a major giver to the Republican Party and Israel activist, published the interview of Trump in both English and Hebrew on Sunday.

Trump said it would be “foolish” for Israel and the Palestinians to not arrive at a peace agreement under his administration’s stewardship. “It’s our only opportunity and it will never happen after this,” he asserted.

Trump called the Iran nuclear agreement “a deal that says let’s ultimately do bad things to Israel,” and called his predecessor Barack Obama “absolutely terrible for Israel.” He said relations between Israel and the United States currently are “as good as they ever have been.”

He described his Dec. 6 declaration recognizing Jerusalem as Israel’s capital as the high point of his time in office so far. “(I)t was a very important pledge that I made and I fulfilled my pledge,” he said.

In his introduction to the interview, Bismuth described Trump as changed. “He was more serious, more thoughtful, considering my questions before firing back, and also more inquisitive, asking me far more questions for a change,” the editor wrote.