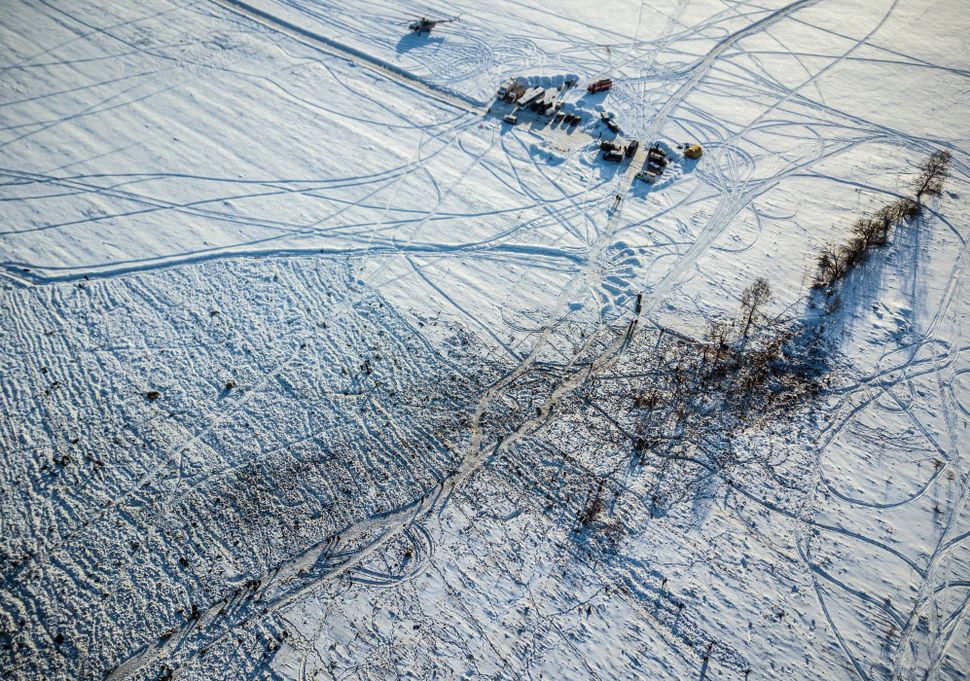 Emergency workers at the site of a February 12 plane crash outside Moscow. Image by Getty

(JTA) — A Jewish woman and her daughter who had tickets for an internal flight that crashed near Moscow skipped it to extend their participation in a Jewish studies course, they said.

Taliya Samanina and her eldest daughter Malka were scheduled to return Sunday from the Russian capital to their home city of Orsk aboard Saratov Airlines’ flight 6W703, which crashed shortly after taking off, killing all 71 passengers and crew members, the Col website reported.

They had come to Moscow from Orsk, located about 1,000 miles east of the capital, over the weekend to attend a seminar on Jewish studies organized by the Yachad organization and the Chaya Mushka Institute, both belonging to the framework of the Chabad-affiliated Federation of Jewish Communities of Russia.

Rabbi Mendy Wilansky, head of the Yachad special programs platform, asked the women to stay the entire weekend so they could participate in a guided tour of the Moscow Jewish Museum and Tolerance Center, that was built in 2012. The women agreed and Wilansky’s office made the necessary changes to their travel itinerary, the report said.