‘Backstreet’s Back’ To Perform Again In Tel Aviv Suburb 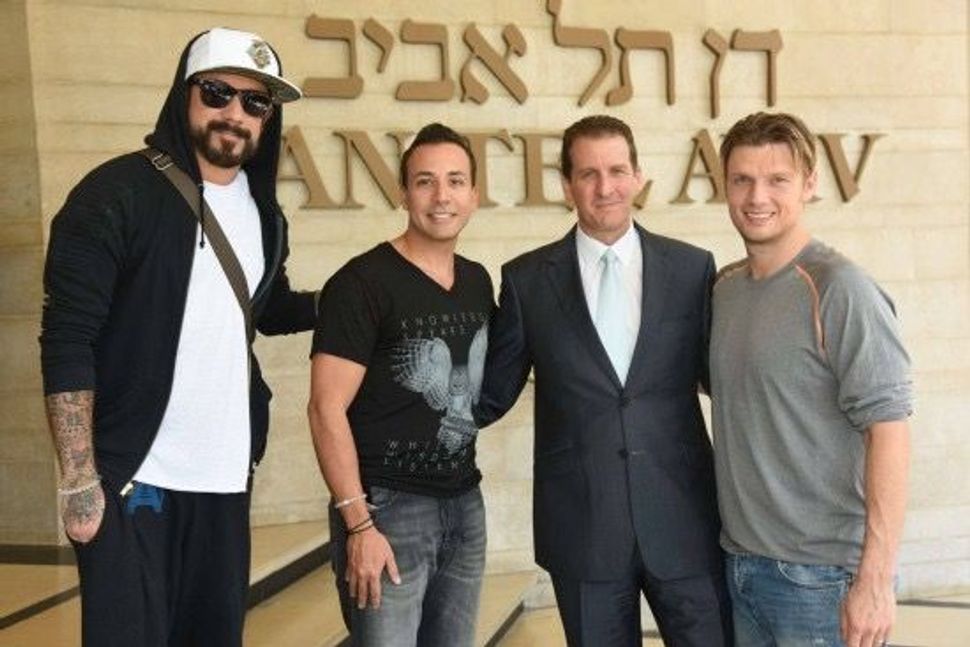 The band, whose popularity was at its peak in the 1990s, will play one concert in April in the central city of Rishon Lezion. The concert was announced on Monday afternoon and is based on the band’s Las Vegas show in residence at the Planet Hollywood Resort & Casino.

“Backstreet Boys: Larger Than Life,” as the show is called, includes all of the band’s greatest hits.

In May 2015, the band played three shows in Israel and toured the country. Three sold-out performances in July 2014 were canceled due to the Gaza war.

‘Backstreet’s Back’ To Perform Again In Tel Aviv Suburb