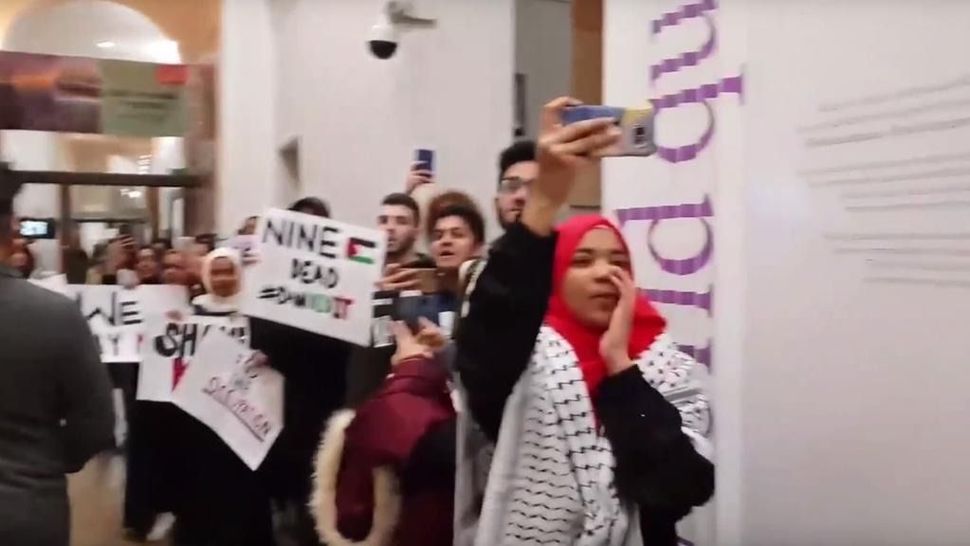 Meridor, who served in Benjamin Netanyahu’s cabinet from 2009 until 2013, spoke Tuesday night at King’s College in central London on the topic “Threats and Challenges.”

Students who arrived to attend the lecture said that they were threatened and intimidated by the protesters, the U.K. Jewish News reported.

Protesters’ screaming from outside the venue also reportedly interrupted the lecture, during which Meridor the failed peace process attempt by then-U.S. Secretary of State John Kerry.

Kings College security men patrolled outside the lecture hall during the appearance, and only allowed those who registered for the event to enter. At the end of the event, organizers announced that the police had been called to allow attendees to leave the event safely. King’s College denies that police were called.

“It is appalling and concerning that at an academic institution of such high esteem as King’s College, which thrives on political diversity, student protesters would stoop so low as to threaten their fellow students and a former state official,” World Jewish Congress President Ronald Lauder said in a statement. “These students have shown a complete disregard for academic freedom and expression, and are sending a dangerous message that hostility and force are legitimate methods of protest.