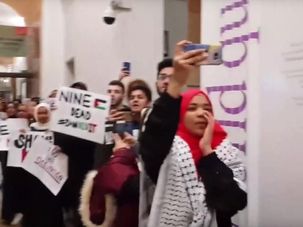 Students attending the lecture by Dan Meridor, who served in Benjamin Netanyahu’s cabinet for four years, said they were threatened by protesters.

Bibi's Deputy Disagrees With Him on Iran

Benjamin Netanyahu’s deputy for intelligence and atomic affairs on Thursday broke with the Israeli prime minister’s call for Iran to be confronted with a “red line” beyond which its disputed nuclear programme would face military attack.