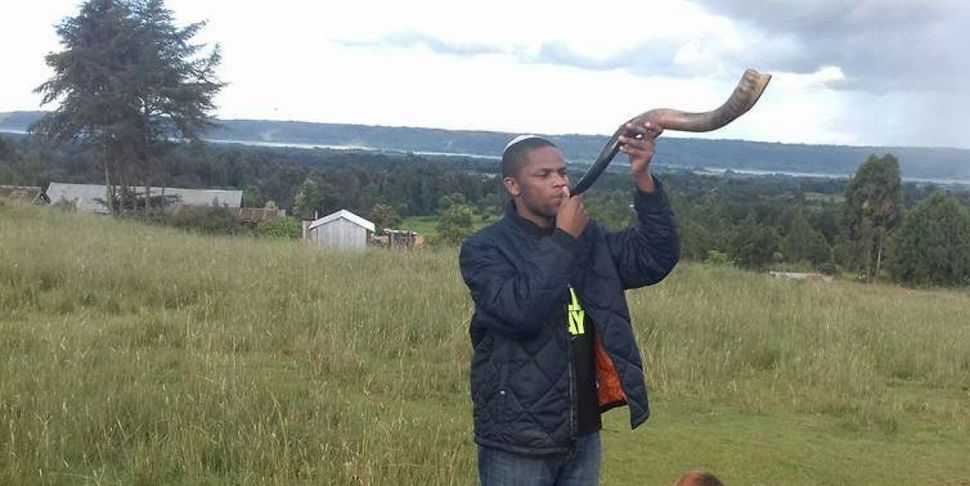 (JTA) — Conservative rabbis have called on Israel to allow a Kenyan convert to study at its yeshiva in Jerusalem.

A visa application submitted by Yehudah Kimani last week was rejected by the country’s Interior Ministry. It is the second time that Kimani has been denied entrance to the country.

“Kimani is a Jew, converted to our religion by Conservative rabbis, and is eligible to become a citizen of Israel according to the country’s own Law of Return,” the Rabbinical Assembly said in a statement issued Monday.

Kimani is a member of the Abayudaya community of converts from Uganda. It is recognized as a Jewish community by the Jewish Agency for Israel, but not by the Interior Ministry.

Kimani arrived in Israel in December with a valid tourist visa to study in a three-month program at the Conservative movement’s yeshiva in Jerusalem. He was detained for questioning, held overnight and put on a plane back to Kenya.

His new request was for a student visa in order to study in a four-month program at the Conservative yeshiva.

“Kimani’s struggles are yet another instance in which non-Orthodox communities have been degraded and denied equal status in Israel, which should instead be welcoming to all Jewish movements and people,” the Rabbinical Assembly statement said. “Conservative conversions are valid under Israel’s own laws, for the purpose of study, immigration and citizenship. The Interior Ministry should immediately grant Kimani a student visa, so that he can visit and learn in our Holy City and continue to grow in his Jewish identity.”