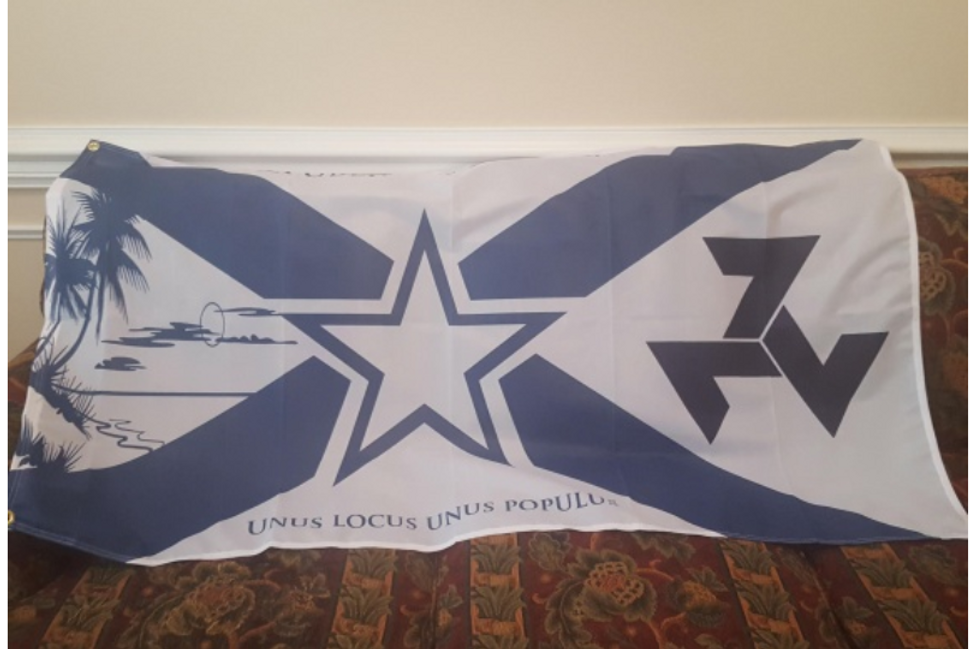 The flag of the Republic of Florida, a white supremacist group that “trained” alleged school shooter Nikolas Cruz. Image by ADL

The alleged perpetrator of the most recent American mass shooting, which took place on Wednesday at a Florida high school, was a participant in a white supremacist group, reported the Anti-Defamation League.

Cruz has been charged with the shooting spree that killed 17 people and injured 14 at Majory Stoneman Douglas High School in Fort Lauderdale.

The Republic of Florida describes itself as a “white civil rights organization fighting for white identitarian politics,” and is a few years old, the ADL said.

The alleged murderer of a Jewish college student, Blaze Bernstein, in California had ties to Atomwaffen Division, a growing American Nazi organization that researchers call the most potentially violent neo-Nazi group operating in the country.

In December, a young white supremacist named William Atchison killed two students at a high school in New Mexico before killing himself, the ADL said.