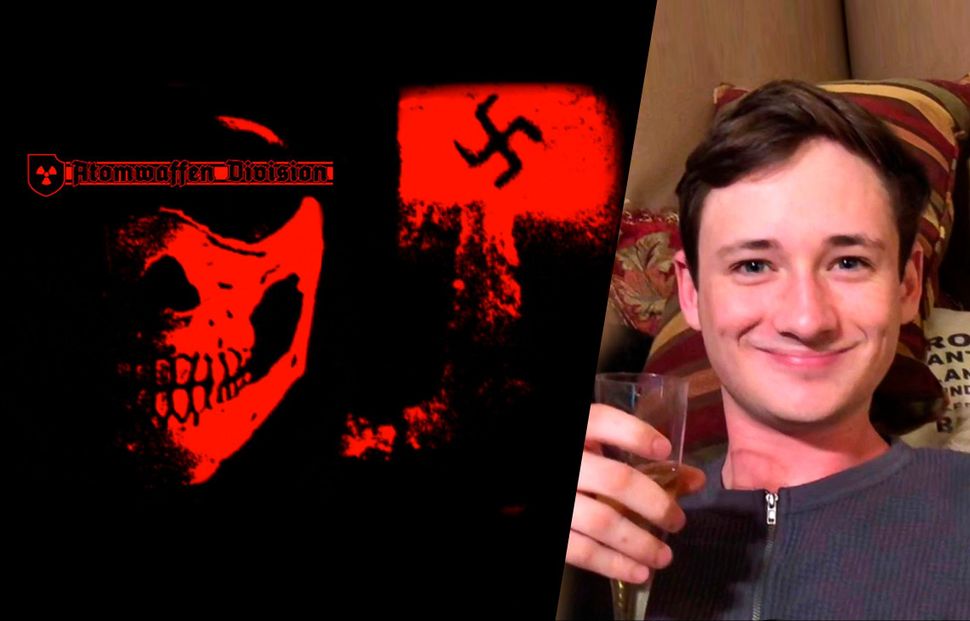 Samuel Lincoln Woodward, the teenager who was recently charged with the brutal murder of the 19-year-old Jewish student Blaze Bernstein, was an avowed member of a growing American Nazi organization — a group that has quickly shot to the forefront of the white supremacist movement with its dark promises of violence and an impending race war.

Researchers call it the most potentially violent neo-Nazi group operating in the country.

Bernstein was Jewish and openly gay — and while motives for the alleged killing are still unclear — Atomwaffen Division advocates for open violence against blacks, Jews and other minorities and has been tied to a series of other killings in recent months.

“Atomwaffen Division are a small neo-Nazi faction that have spun off a number of current and former members who are accused of murder,” said Spencer Sunshine, an independent researcher of the far right. “It should be considered the most potentially violent neo-Nazi group in the U.S. today.”

What Is Atomwaffen Division?

Atomwaffen Division is an American Nazi group that was formed around 2015, growing out of an international fascist website called Iron March. Over the past months it has expanded, drawing members from the boom of the “alt-right,” the online white identity subculture that has spread into the mainstream over the past years.

But while benefiting from the spread of white identity politics online, the organization derides the softer strains of the “alt-right” as weak and ineffective. AWD, as the group is known, wants to spark an all-out race war — and is training members in violent combat in cells across the country. 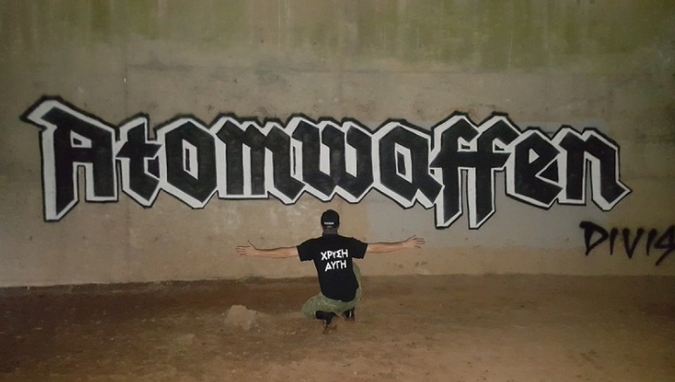 Even within the racist and ant-Semitic “alt-right,” this group represents the most hardcore and explicitly violent fringe. White nationalist Richard Spencer, who infamously led a roomful of supporters in a celebratory Nazi salute after Donald Trump’s election to the presidency, pales in comparison. Spencer, while advocating the creation of a white-only ethnostate, does not call openly for violence. With AWD, gone are the intentionally offensive memes of Pepe frogs. Even Andrew Anglin, the editor of what the Southern Poverty Law Center previously called the internet’s top hate site, appears tame alongside this group.

AWD makes it clear on its website that the group is not interested in what it calls “keyboard warriors” — instead it wants the true “radicals.”

What Does AWD Believe?

AWD traffics in the racist conspiracy theories common to many white supremacist and Nazi groups. The group view whites as an imperiled race, surrounded on all sides by a rising tide of brown and black people. Jews are seen as a controlling and malevolent force in the world who are orchestrating, and benefiting from, the downfall of “the white race.”

AWD adores Hitler and mass murderer Charles Manson and sees the American government as compromised by a Jewish-run “New World Order” — one that AWD alone can challenge by force and open warfare.

“This is white supremacist ideology on steroids,” said Joanna Mendelson, senior investigative researcher at the Anti-Defamation League’s Center on Extremism. “The values of our country — of diversity, of multiculturalism — are an abomination for this group.”

How Big Is AWD and What Does It Actually Do?

The group is still small — it is believed to have 80 members scattered around the country in small cells. They participate regularly in what the group calls “hate camp,” essentially hiking excursions and military-style training exercises.

Like other white supremacist groups — like the “alt-right” Identity Evropa — AWD has targeted campuses by using provocative and racist flyers, promoting its beliefs and seeking to attract new members. Activity attributed to Atomwaffen has been reported in multiple states, including Colorado, Florida, Illinois, Pennsylvania, Texas, Massachusetts, Washington and Wisconsin, according to ADL.

“The group has taken a similar approach to Andrew Anglin’s Daily Stormer in appealing to young white men, including those in their late teens,” said Heidi Beirich, director of SPLC’s Intelligence Project. “But compared to Anglin it’s not just about the memes. For Atomwaffen, it’s also about the bullets.”

Bernstein’s Alleged Killer Was a Member: What Does That Mean?

ProPublica, the not-for-profit investigative site, cited three people with knowledge of Woodward’s recent past who said he was a member of the group.

Woodward has been charged so far with one felony count of murder and a sentencing enhancement for use of a knife. But Orange County District Attorney Tony Rackauckas has said a special circumstances hate crime allegation could also be filed if his office believes it can be proved beyond a reasonable doubt.

The group also has a history of members or ex-members lashing out in violence.

And Virginia teen Nicholas Giampa, who allegedly shot and killed his girlfriend’s parents after they became upset by his rumored neo-Nazi views, was, at the very least, influenced by AWD, according to ADL.