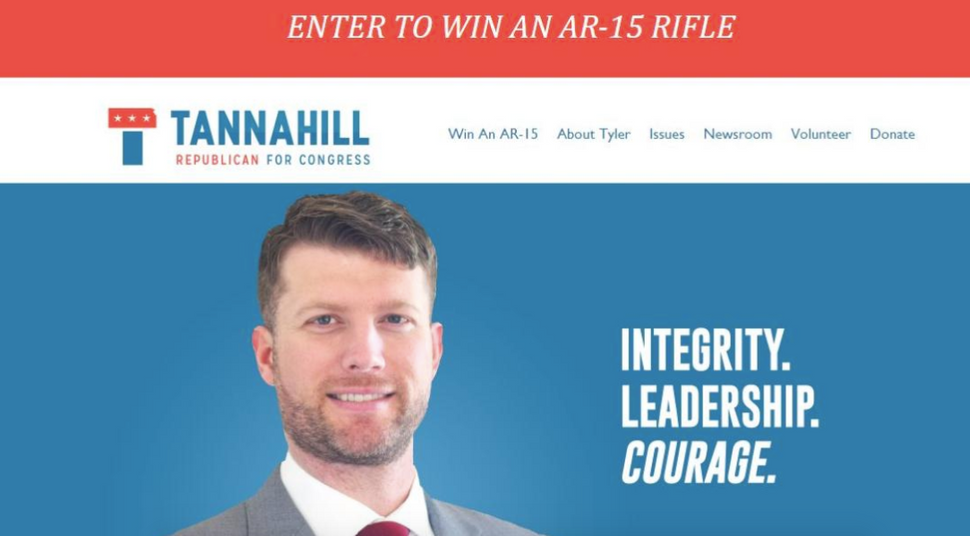 A Republican candidate for U.S. Congress in Kansas said on Thursday he has no plans to end his giveaway of the same type of assault rifle used in the deadly Florida high school shooting.

Tyler Tannahill said he launched the AR-15 giveaway on Tuesday in support of the Second Amendment and to coincide with this weekend’s Kansas Republican Convention.

“We firmly believe in the Second Amendment and I think there definitely needs to be some thoughtful dialog on school safety and mental health,” he told Reuters in a telephone interview.

A 19-year-old gunman has been charged with fatally shooting 17 people at a Florida high school on Wednesday.

Tannahill, a U.S. Marine veteran, said he was being characterized as heartless even though the gun giveaway had been in the works well before the shooting.

Several people on social media criticized Tannahill for not canceling his contest after the Florida shooting, calling him out of touch.

“Winner of the tone deaf awards: Tyler Tannahill for Congress. Maybe don’t give away an AR-15 on your page THE DAY ONE IS USED TO KILL CHILDREN. #Shame,” Matthew Herbert said on Twitter on Thursday.—Reuters