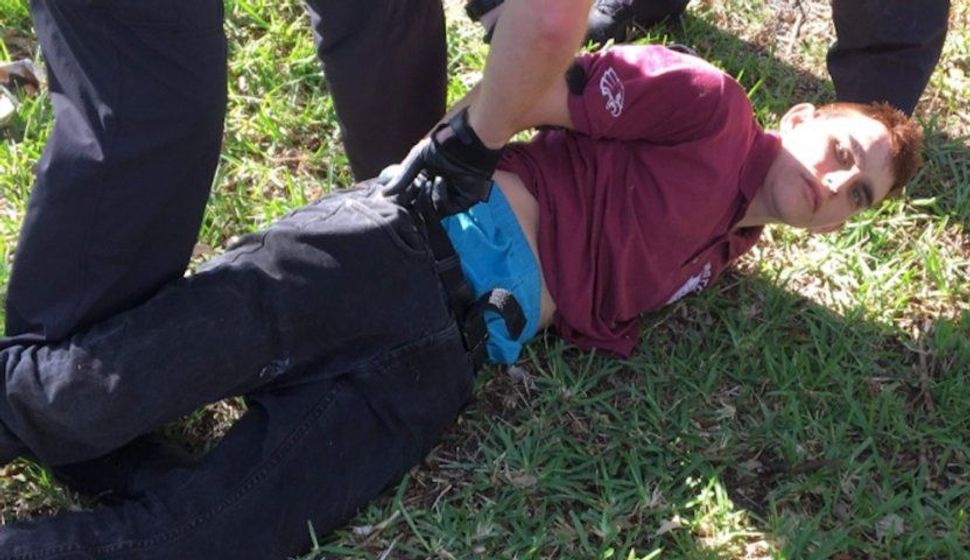 Nikolas Cruz, who killed 17 people at a Parkland, Florida, high school, being detained by police. Image by Twitter

Nikolas Cruz, 19, who killed 17 people at a Parkland, Florida, high school Wednesday, bragged on social media about his guns and once posted, in response to a shooting in New York, “Man, I can do so much better,” CNN reported.

Cruz’s attorneys told a judge on Thursday that Cruz has battled with chronic mental illness for years. They referred to him as a “broken child.”

Cruz was raised by adopted parents. His adopted father, Roger Cruz, died several years ago. Cruz’s mother Linda died in 2017, according to someone who knew Cruz. Cruz then went to live with the parents of a classmate.

Police records show that law enforcement responded to incidents at Cruz’s home 39 times in seven years. It was not clear if Cruz was the cause of the incidents.

On Instagram, Cruz posted pictures of guns and wrote, “Im going to be a professional school shooter.”

According to witness, the family Cruz was staying with didn’t see any danger.

“They are horrified just like everybody else,” one witness said.