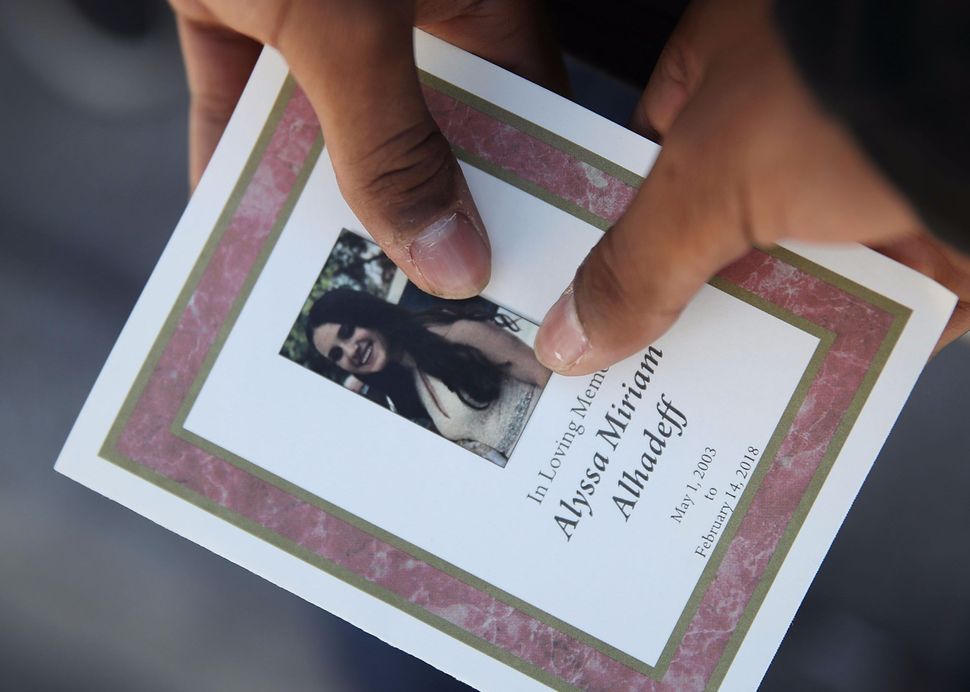 A mourner holds a program from Alhadeff’s funeral. Image by Getty 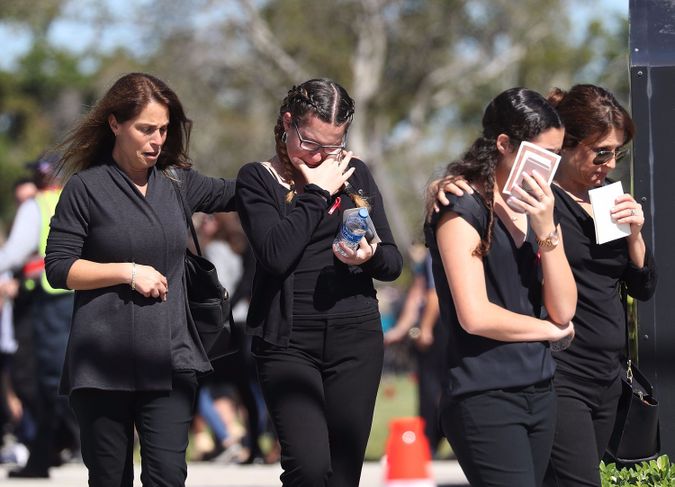 Mourners at the funeral of Alyssa Alhadeff Friday. Image by Getty

Roughly 400 people attended the funeral of Alyssa Alhadeff, a Jewish, 15-year-old victim of the shooting at a Parkland, Florida, high school Wednesday, the Sun-Sentinel reported.

“Honor her legacy with positive actions and be her voice,” Rabbi Shuey Biston of the Chabad of Parkland told over 400 mourners who came to remember the 14-year-old, according to the Sun-Sentinel.

The mourners and family members remembered, through tears and smiles, the athletic, smart and sweet Alhadeff. They shared stories of her academic determinedness and the ease with which she made friends. Alhadeff was an avid soccer player and hoped to go to law school.

One person brought a poster covered with pictures of Alhadeff. 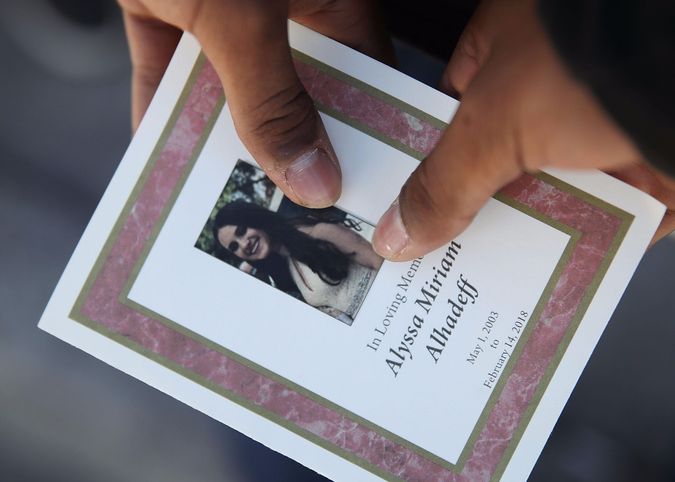 A mourner holds a program from Alhadeff’s funeral. Image by Getty

Alhadeff’s mother told her teenage friends that she hopes to hear from them, and challenged them to make the most of their lives, like Alyssa was planning to do.