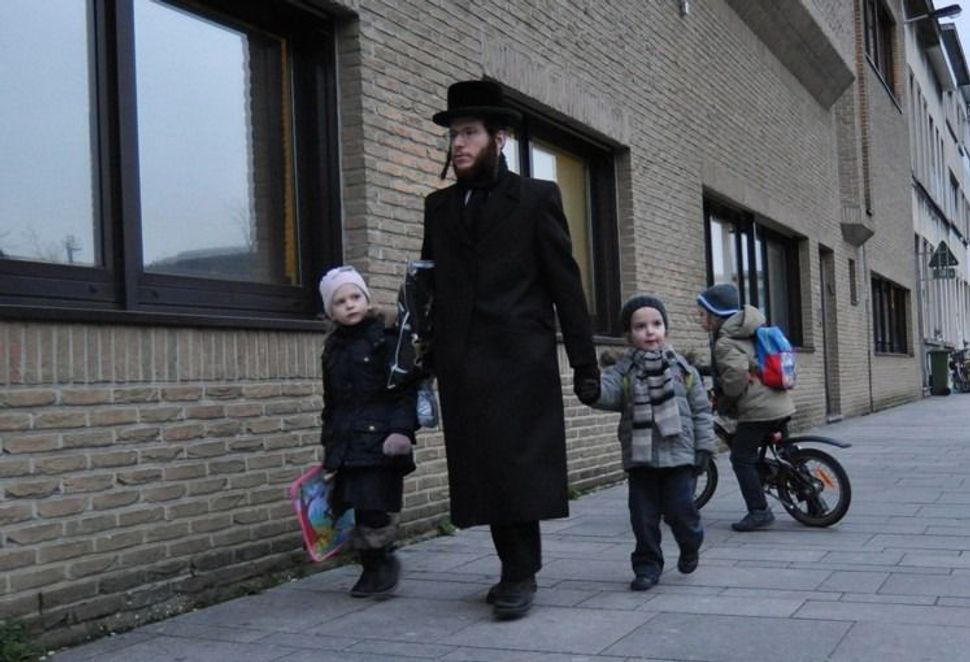 An Orthodox family walking to school in Antwerp. Image by JTA

(JTA) — A haredi Orthodox school for girls in Antwerp distanced itself from a document handed out by an employee of the school instructing other teachers not to speak with pupils about sex and evolution.

The Gazet van Antwerpen daily reported on the document titled “general instructions” yesterday, prompting the Flemish education minister, Hilde Crevits, to launch an investigation into the Benoth Jerusalem school, which is a high school.

The Flemish Region, whose capital in Antwerp, is one of three states comprising the federal country of Belgium. Benoth Jerusalem is a public school, funded by the Flemish education ministry. In addition to the curriculum required by the state, which includes teaching reproduction, evolution and history, it offers Jewish studies taught by haredi teachers. There is a haredi principal but non-Jewish teachers who are education ministry employees teach the mandatory curriculum subjects.

Under “teaching material,” the document, which appears to be intended for the non-Jewish teachers, reads: “Pupils are not to be talked to about: Sex, reproduction, politics, religion, racism, personal issues.”