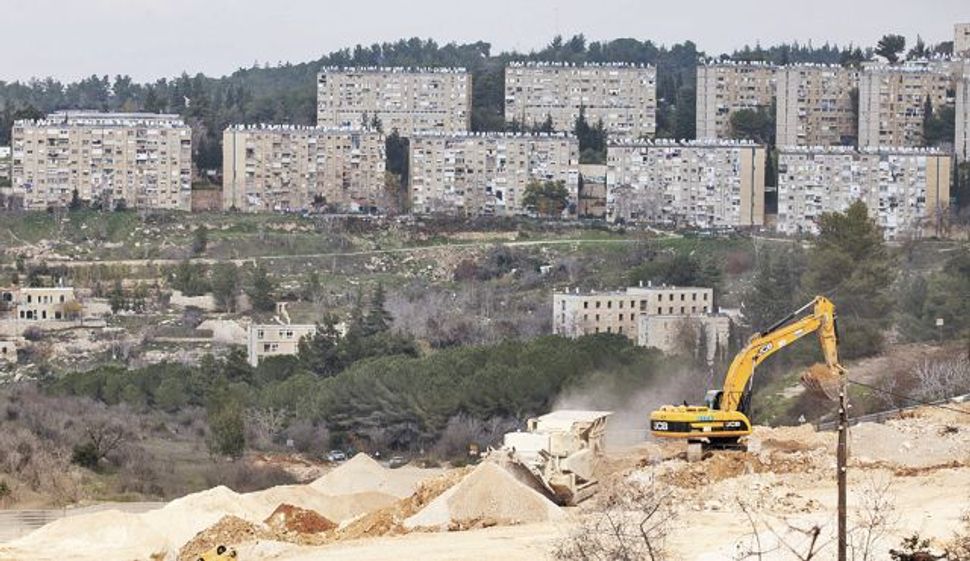 Friedman, the official representative of the Trump administration in Israel, made his comments on Monday night during an off-the-record briefing in Jerusalem for about 100 American Jewish leaders at a meeting of the Conference of Presidents of Major Jewish American Organizations.

His remarks were first tweeted and reported on Israel’s Channel 10 by journalist Barak Ravid, who said he received the remarks from three participants in the meeting.

The U.S. embassy and the Presidents Conference disputed the report.

“We have seen the reports on the off-the-record address held with Ambassador David Friedman. The words attributed to him were taken out of context, are incomplete, and are therefore a distortion of the ambassador’s remarks,” Conference of Presidents of Major American Jewish Organizations Chairman Stephen M. Greenberg, and CEO Malcolm Hoenlein said in a statement.

An embassy spokesperson said in a statement: “The Channel 10 report is based upon three attendees at the conference who failed to provide much of the context behind Ambassador Friedman’s comments as well as significant additional and related remarks by the Ambassador.”

“Ambassador Friedman made clear in his remarks that the President is committed to a comprehensive peace agreement that benefits both Israelis and Palestinians and that the U.S. is working on a plan to achieve that goal. As for settlements, the Ambassador believes that unrestrained settlement growth is not helpful for peace,” the embassy spokesman also said.

According to Channel 10, Friedman also said that “the settlers aren’t going anywhere,” and said that this was his own personal opinion.  He added that it could be more difficult to have the Israeli military evacuate settlements since members of the national-religious sector have taken more senior positions in the IDF and believe that God promised the land to the Jewish people.

He also, according to the report, said that the claim that a peace treaty is needed to preserve Israel as a Jewish and democratic state is unfounded, and supported Israel’s claim that it must hold on to the Jordan Valley under any peace agreement for security reasons.

Friedman also criticized the Palestinian leadership. “They have not shown that they are capable of building institutions that will allow them to live in peace with their neighbors,” he reportedly said. “We must look at the relationship between Israel and the Palestinians not as a marriage but as a divorce,” he added.