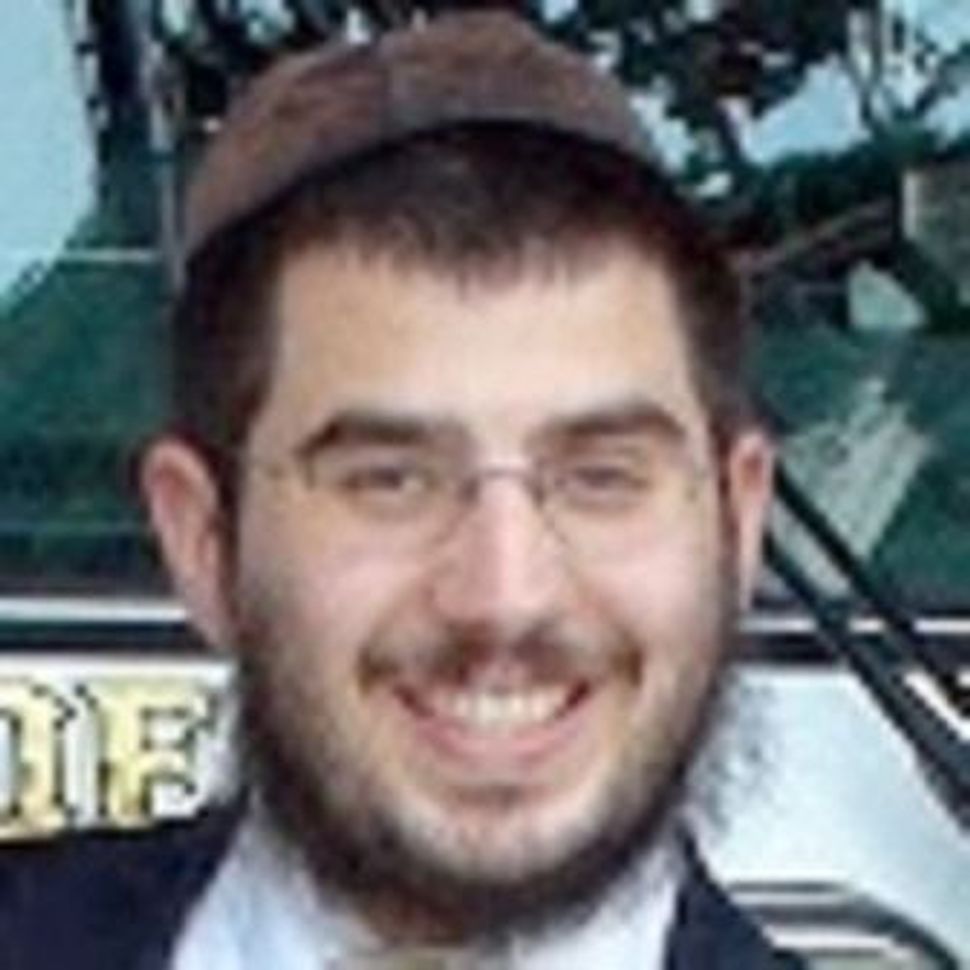 Rabbi Aryeh Goodman was arrested and charged with having sex with a 17-year-old who was forced into prostitution. Image by Middlesex County Prosecutor's Office

(JTA) — A New Jersey rabbi registered as a sex offender was among three people arrested in connection with the human trafficking and prostitution of a 17-year old girl.

Rabbi Aryeh Goodman, 35, of East Brunswick, has been charged with engaging in prostitution with a child and one count of endangering the welfare of a child. He runs a religious learning center out of his home.

Gabriella Colon, 18, and Richard Ortiz, 23, both of the Bronx, New York, have been charged with 11 criminal counts including human trafficking and promoting the prostitution of a child. According to a statement from the Middlesex County Prosecutor’s Office, they sold the sexual services of the teen, from Lancaster, Pennsylvania, to approximately 30 men from Jan. 1 to Feb. 2.

Goodman met the teen at the hotel on Feb. 1 and paid to have sex with her, according to the statement. He turned himself in nearly a week later to the East Brunswick Police Department while accompanied by his attorney.

Goodman is registered as a Tier 3, or high risk sex offender, according to Meyer Seewald, founding director of Jewish Community Watch, an organization dedicated to combating child sexual abuse in the Jewish community.

In a statement sent to JTA, Seewald said that Goodman molested a youth while serving as a camp counselor in 2001. Jewish Community Watch helped Goodman’s victim file a report against the rabbi in 2013. Goodman accepted a plea deal and served prison time. Seewald said he had been sentenced to up to 23 months in jail.