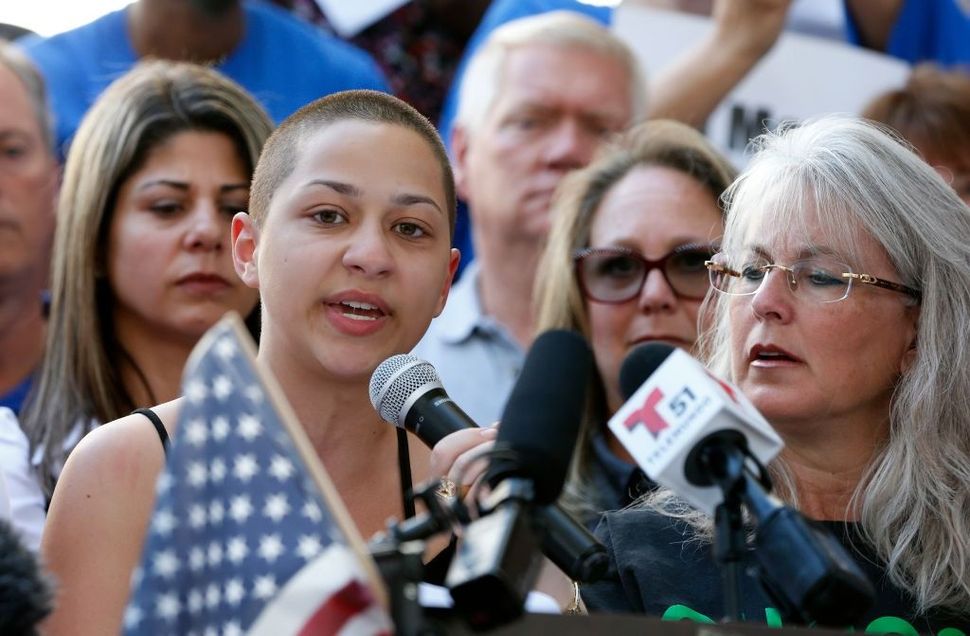 (JTA) — Director Steven Spielberg and producer Jeffrey Katzenberg have pledged $500,000 each to the student-organized March For Our Lives to end gun violence.

The nationwide protest scheduled for March 24 is the brainchild of the Never Again movement organized by the student survivors of the Marjory Stoneman Douglas High School shooting in Parkland, Florida, and joined by students from across Florida and the United States.

Seventeen students and teachers were killed and at least a dozen others wounded in a shooting rampage Feb. 14 at the school by a 19-year-old expelled student with a legally purchased AR-15 assault rifle.

The march to demand action on gun control will take place in Washington, D.C., and other cities. Students nationally also plan a walkout from school on March 14.

SO EXCITED TO SAY THAT STEVEN SPIELBERG AND JEFFREY KATZENBERG EACH DONATED HALF A MILLION TO OUR CAUSE, WE LOVE JAWS AND SHREK