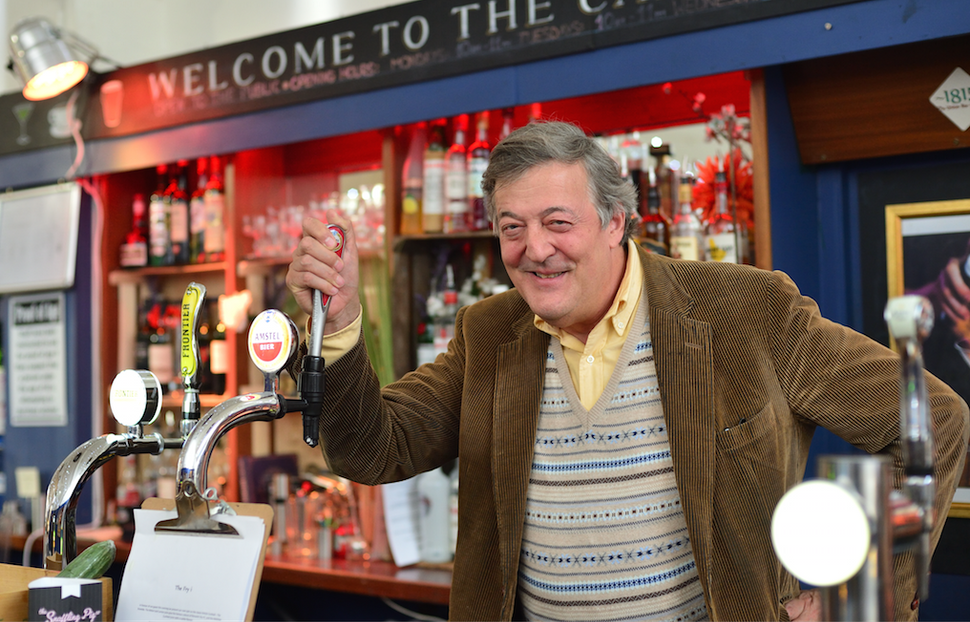 The noted British stage, screen and voice actor and writer Stephen Fry revealed Friday that he has been diagnosed with prostate cancer, the Jewish Chronicle reported.

In a 12-minute YouTube video, Fry announced the diagnosis and said that he learned about the diagnosis after a general check-up prompted by a routine flu shot. He said he decided to make the video after hearing that rumors about his health were beginning to circulate.

“I thought before the gossip gets silly and uninformed, I might as well come clean,” Fry said.

Fry is perhaps best known to American audiences for his roles in “V For Vendetta,” “The Hobbit” series, “A Fish Called Wanda,” and for narrating the audiobooks for the Harry Potter and “Hitchhiker’s Guide To The Galaxy” series.

Fry’s mother is Hungarian Jewish, and Fry learned in 2012 that some of his relatives were killed by the Nazis during the Holocaust.