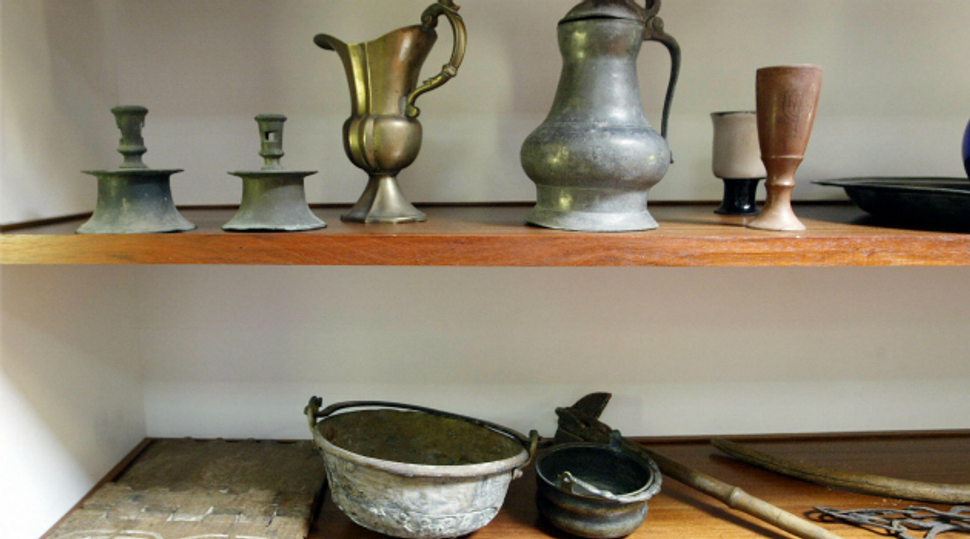 Remnants of Culture: Artifacts are all that remain of Jewish life in many Portuguese towns. Image by getty images

(JTA) — Nearly 1,800 descendants of Sephardic Jews acquired the Portuguese nationality in 2017 under a law enacted two years earlier, with another 12,000 still in the application process, officials in Lisbon said.

The tally for last year is six times higher than the total for 2016, during which the application of the law hit bureaucratic snags amid political changes.

The increase in naturalization under the law, which Portugal passed in 2013 and enacted in 2015 as a form of making amends for the persecution of Jews during the Inquisition that began in the 16th century, comes amid a host of initiatives by the government to strengthen the country’s ties to Jewish audiences and recognition of its Jewish heritage.

A similar push is underway in Spain, which passed a similar law of return simultaneous to the Portuguese one and which has naturalized more than 5,000 applicants. Spain and Portugal’s economies are heavily reliant on foreign investment and tourism, and both have high unemployment relative to the rest of the European Union — 17 and 8.9 percent, respectively – and especially among young people.

In Lisbon, a large Jewish museum is under construction and is on schedule to open next year.

The Rede de Juderias network of cities with Jewish heritage sites, which was established in Portugal in 2011, has grown to include 27 municipalities nationwide. A new program called Rotas de Sefarad, or Sepharad Routes, was launched in 2014, involving some of these city councils plus sites in at least 17 venues.

The renovation works under the Rotas de Sefarad ended in December with a total investment of $5.7 million, most of it from Portuguese government funding.

Portugal’s secretary of state for tourism, Ana Mendes Godinho, in a visit this month to the United States she met Jewish community leaders to raise awareness to these developments.

“We want a Jewish presence in Portugal,” Godinho said in a statement, adding “And we look to Jewish investment.”

She also said: “We have a vast Jewish heritage and a very ancient and profound connection to Jewish communities.”