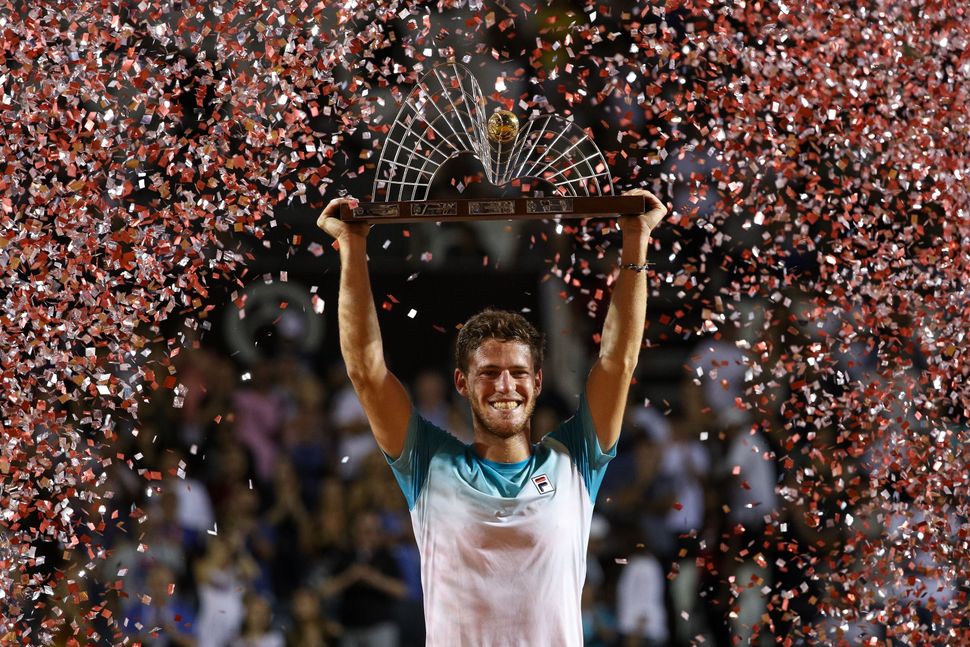 It is the first time that a Jewish player is among the top 20 in the ATP ranking since 1990, when the United States’ Brad Gilbert achieved 4th position. In 1987 Israeli Amos Mansdorf also was ranked 18th in the ATP.

Schwartzman, 25, on Sunday defeated the Spaniard Fernando Verdasco 6-2, 6-3 in the final of the Rio Open, the biggest tournament of South America in prize money and ranking, and his first ATP 500-level title.

“I’m very happy to break into the top 20,” Schwartzman said in an interview on the tournament website. “It’s a very difficult tournament, with top 10 (players), great players in the draw and when the week starts you don’t think you are going to play the finals.”

Last week his entire family, including his biggest fan his Bubbe Celia, attended the Buenos Aires Open tournament to cheer him on.