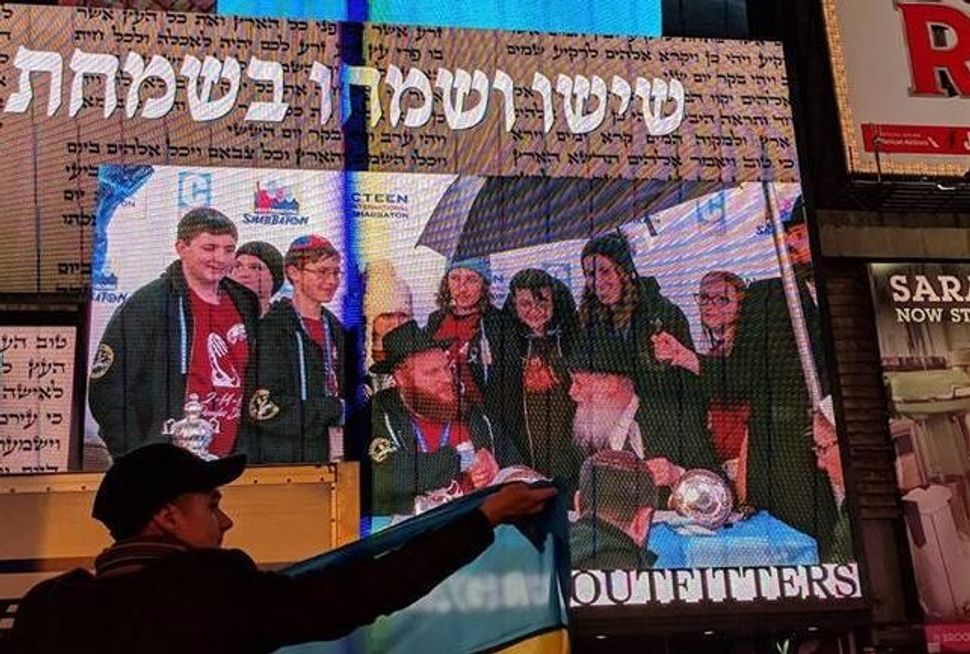 Survivors of the Parkland shooting are seen on a screen in Times Square signing a “Unity Torah” during Chabad’s CTeen festival. Image by Facebook

The students were part of roughly 2,500 teenagers who attended Chabad’s CTeen meeting, held in Brooklyn. The students signed a “Unity Torah” over the weekend at a portion of the summit held in Times Square.

“I’m going to light some candles for my friend Gina, and I’m going to make challah [bread] every week,” said Lauren Berg, 14. Her friend Gina Monalto was one of 17 people killed during the shooting.

Maverick Reynolds, another Stoneman Douglas student, said that being at the summit “helps me see that everybody actually cares and wants to help out.”

“It’s not about going to New York for a weekend; it’s about going to a place with other kids their age who will support and encourage them, and hopefully, provide strength to move forward,” Rabbi Shaya Denburg, director of youth programs at Chabad of Coral Springs, told Chabad.org.