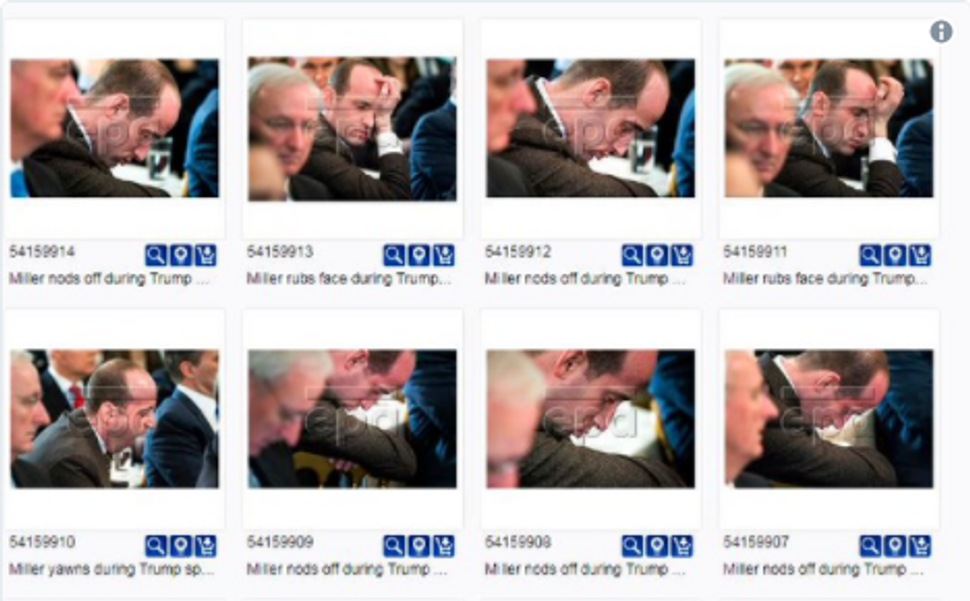 Maybe Stephen Miller was out late partying on Sunday night? Or maybe school safety, even after the shooting that killed 17 at a Florida high school on Valentine’s Day, puts him to sleep.

For whatever the reason, a photo agency captured the young advisor as he fought to stay awake during a White House meeting that ran less than two hours, according to Bloomberg News journalist Jennifer Epstein.

Miller is beloved by his boss, President Trump, and reviled by liberal Jewish groups who detest his opposition to immigration. Most recently, he’s been credited with introducing the term “chain migration” which puts an ominous spin on the practice of immigrants sponsoring family members to immigrate as well.

Jewish journalist Jennifer Mendelsohn has pointed out some inconsistencies between Miller’s preferred policies and personal history.