Parkland Gunman Had Swastikas Etched Onto His AR-15 Magazines 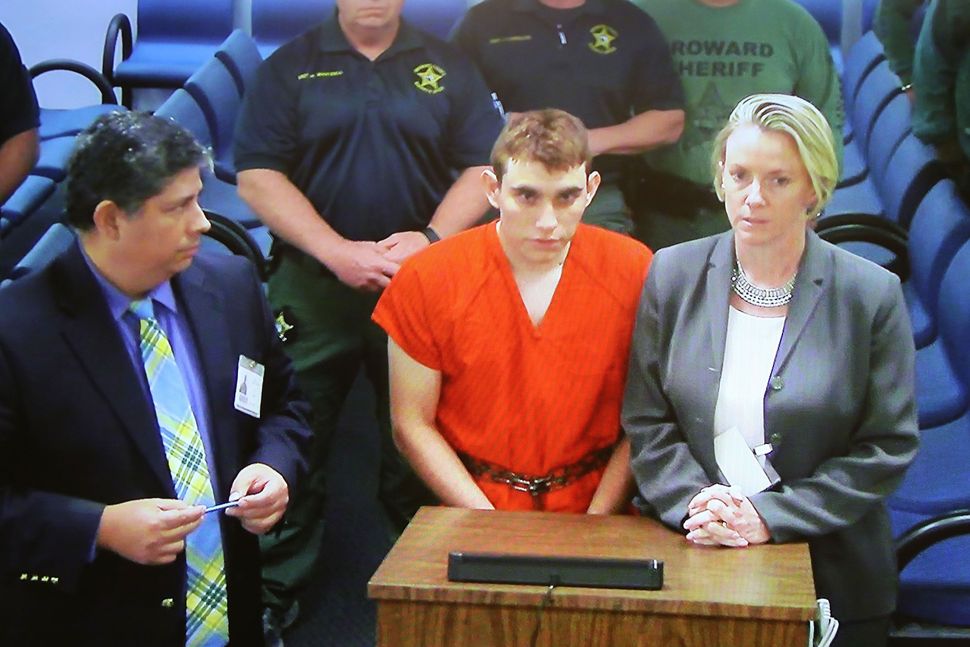 Nikolas Cruz, 19, who killed 17 people in Parkland, Florida, went before a judge Thursday. Image by Getty

The teenage gunman who stormed the hallways of Marjory Stoneman Douglas, killing 17 people, had swastikas etched into his AR-15 bullet magazines, CBS reported. Cruz is facing 17 counts of premeditated murder.

CBS’ source — a law enforcement official with knowledge of the investigation into the shooting — also said that Cruz had 180 rounds of ammunition left when he fled the scene. Police responders found Cruz trying to pass as a student escaping from the high school.

Police still do not have a motive for the shooting or why Cruz stopped when he still had bullets left.

Parkland Gunman Had Swastikas Etched Onto His AR-15 Magazines