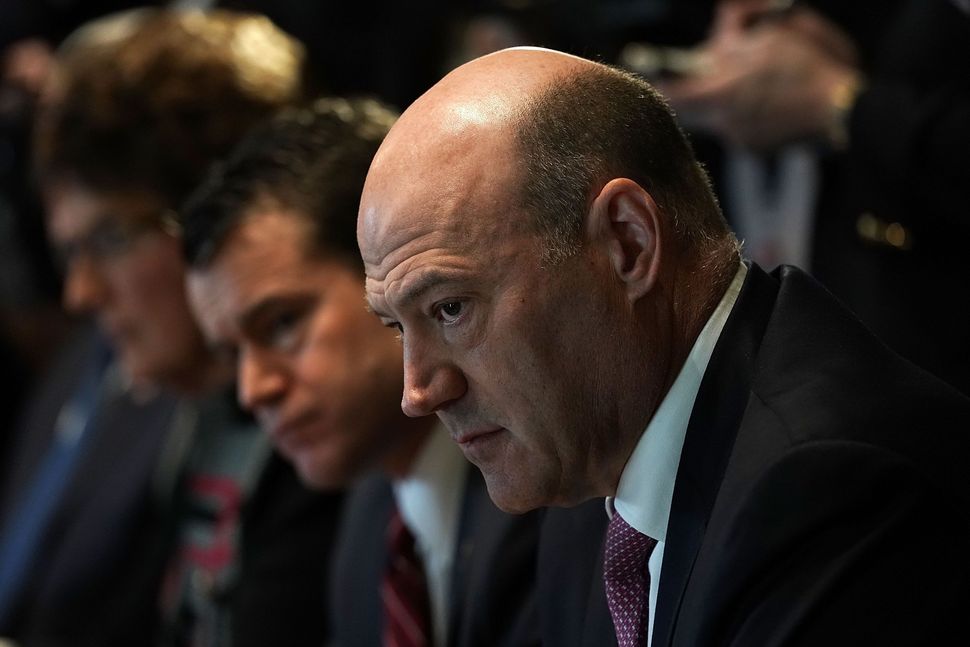 President Trump’s decision to impose tariffs on steel and aluminum imports puts his top economic adviser, Gary Cohn, who opposed the tariffs, in a difficult position. Cohn is rumored to have been mulling resigning for some time, but stayed to stop Trump from imposing high tariffs.

Politico reports that Cohn had been lobbying Trump for months to stop him from implementing tariffs.

The move drew howls of outrage from pro-business Republicans, who branded it a “job-killer,” along with consumer advocates and close allies like Canada. It also sparked a fresh nosedive on Wall Street, especially after Treump tweeted that a trade war would be “good.”

After the violence at a white nationalist rally in Charlottesville, Virginia last summer, Cohn was critical of Trump, and was reported to have considered resigning, but stayed to push through the recent tax reform bill, according to Politico.

The tariff announcement ended weeks of heavy debate over the policy, which pitted Cohn against White House trade advisor who favors the tariffs.