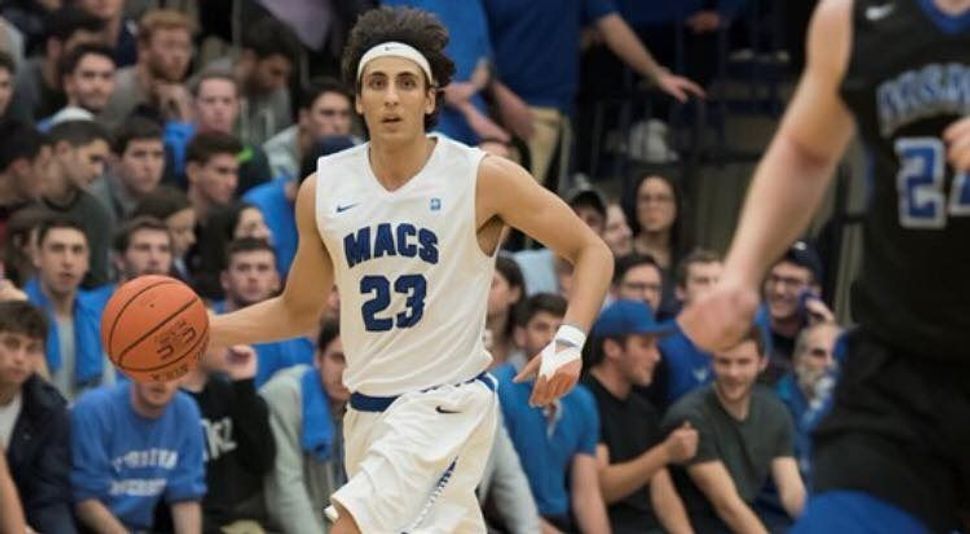 (JTA) — Yeshiva University was eliminated from the NCAA Division III men’s basketball tournament with an 81-67 opening-round loss to host York College of Pennsylvania.

The Maccabees, who were making their first appearance in the national tournament, finished their season with a record of 18-11.

Yeshiva, a strong three-point shooting squad, missed 26 of its 32 shots from beyond the arc.

Matt Scamuffo powered the Spartans, champions of the Capital Athletic Conference, with 24 points.

York led 46-34 at halftime after holding a 19-point advantage at one point.

On Sunday, Y.U. defeated Purchase College, 87-81, in Purchase, New York, to win the Skyline Conference championship and the automatic berth in the national event.

Division III member institutions do not offer scholarships to their student-athletes.