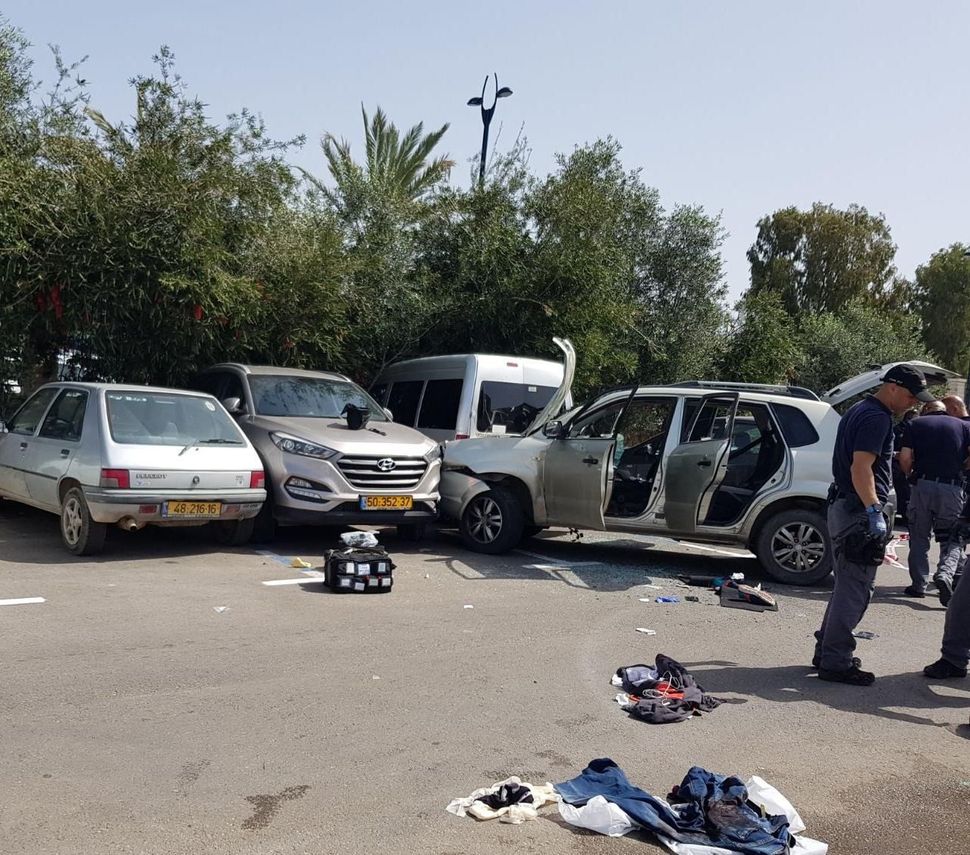 The aftermath of a suspected car-ramming attack in the northern city of Acre on March 4, 2018. Image by Magen David Adom

JERUSALEM (JTA) — Two Israeli soldiers and a border police officer were injured in a suspected car-ramming attack in the northern city of Acre.

The driver of an SUV late on Sunday morning hit a Border Police officer near the city’s central market, and then hit two Israeli soldiers near the city’s train station. The car reportedly turned around to hit the police officer a second time and sped up as it neared the soldiers. The three victims, all reported to be about 20 years old, were not seriously injured, according to reports.

The driver, reported by Israel Radio to be an Arab-Israeli man from the nearby town of Shfaram, which has not been confirmed by the army, was shot several times and critically wounded, according to reports.

The attacks were caught by security cameras in the area.

Graphic CCTV footage of Acco suspected car ramming attack in which a border policeman and two others were injured. pic.twitter.com/zcy7ainLdx