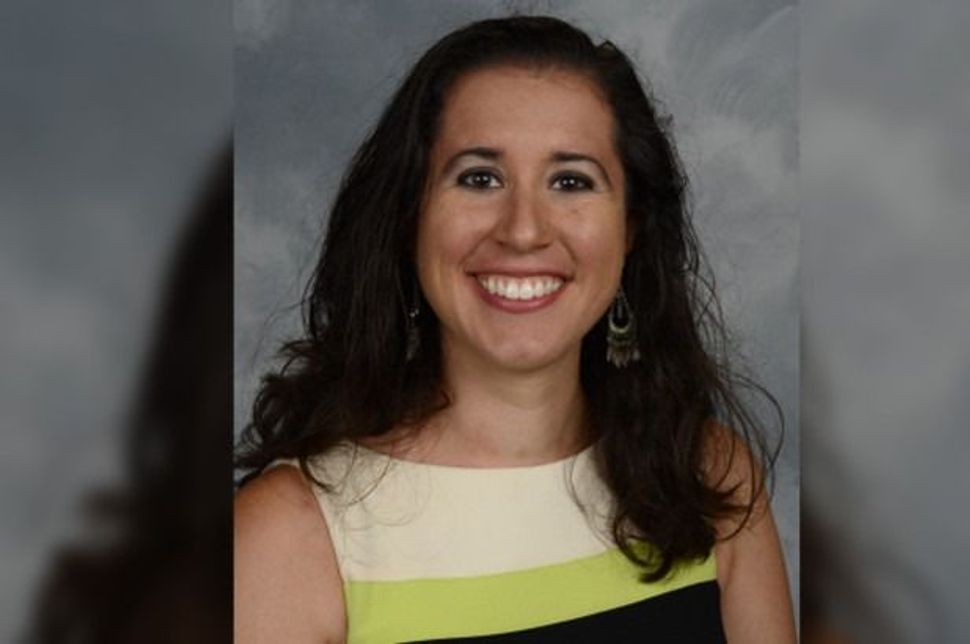 A public middle school teacher in Florida has been secretly hosting a white supremacist podcast under a false name, HuffPost reported Saturday.

Dayanna Volitich, a 25-year-old social studies teacher at Crystal River Middle School, hosts a podcast called “Unapologetic,” where she bragged about teaching her ideology to students and tricking the school’s principal into disregarding parent complaints that she was injecting political bias into the classroom.

Volitich went by the name “Tiana Dalichov” — a near anagram — in her podcast and on social media. She has claimed that Muslim terrorism will continue “until we eradicate them from the face of the earth,” had praised neo-Nazi leaders like David Duke and expressed interest in the “Jewish Question” — the conspiracy theory that Jews secretly run the media, politics and the financial system.

The executive director of educational services for the Citrus County School District, Scott Hebert, told HuffPost that the district would investigate.

“She does not speak on behalf of the Citrus County School District,” Hebert said. “The views she’s listed [online] are really not in line with how our district operates.”

This is not the first time a teacher has been caught espousing white supremacist views: A substitute teacher in Maryland was fired after it was discovered that he worked for a think tank run by prominent white supremacist Richard Spencer.