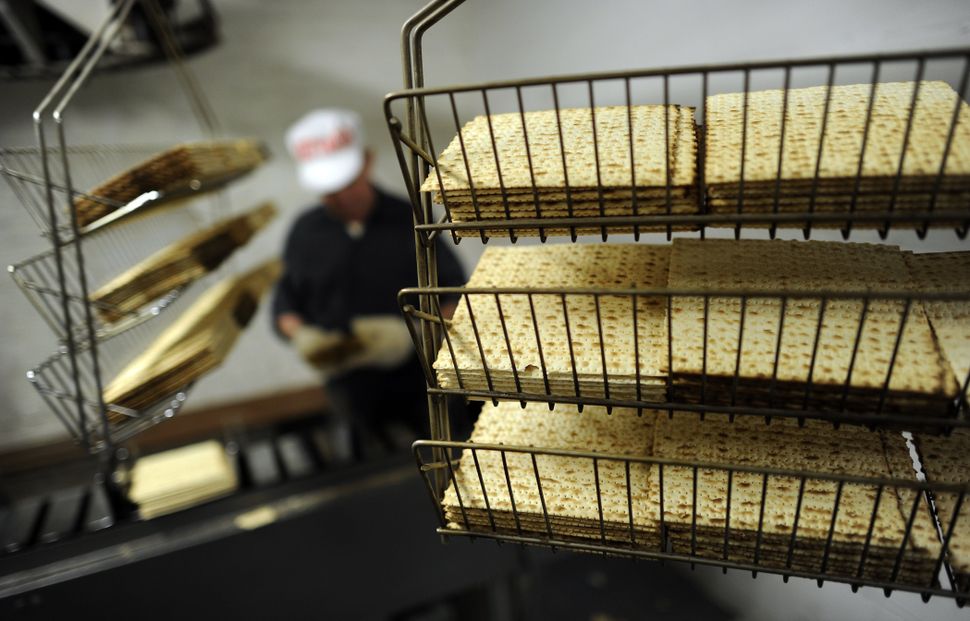 (JTA) — The residents of a Brooklyn neighborhood demonstrated against the smoke coming from a local matzah factory.

Dozens of members of the South 5th Street Block Association in Williamsburg protested Sunday against the Congregation Satmar’s factory.

The residents told WPIX-TV that the factory spews what they described as toxic coal smoke, which is so bad in the early morning that some residents say they have to wear masks in order to get to the subway. They added that they have been complaining to the city for seven years to no avail.

The factory burns coal and wood during the baking of the matzah.

One neighborhood resident, Rosa Ortiz, told WPIX that the smoke is irritating her 9-year-old child’s asthma. She said the smoke wakes them up in the middle of the night.

A year ago, the bakery was heavily damaged in a fire caused by a new wood-burning oven that had been used for the first time.

Its specialty is handmade shmura matzah, the artisanal, disc-shaped type considered extra special because the ingredients are “guarded” against leavening before the wheat is harvested.