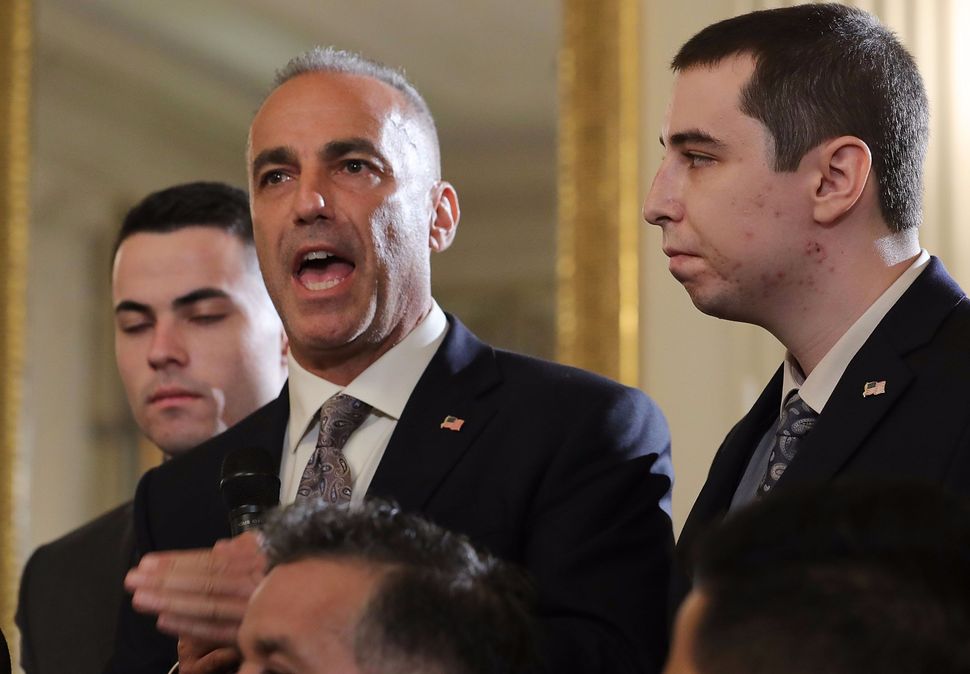 Andrew Pollack, the father of a teen killed during the February shooting in Parkland, Florida, went on CNN to ask student activists of the #NeverAgain movement to “work with us.”

Pollack addressed students of Marjory Stoneman Douglas High School, whose own protests against current gun regulations have inspired walk-outs in schools across the country. He asked them to focus on beefing up school security before addressing gun reform.

“I want them to focus their energy on something that’s achievable right now,” he said. “Be productive in the country. Work with us. Let’s make these schools safe and once every school is safe in America, do what you have to with the gun laws.”

“I got no problem with these kids going out and marching every day against guns,” he added.

Pollack’s daughter Meadow, 18, was one of 17 people killed during a rampage at Stoneman Douglas on February 14.