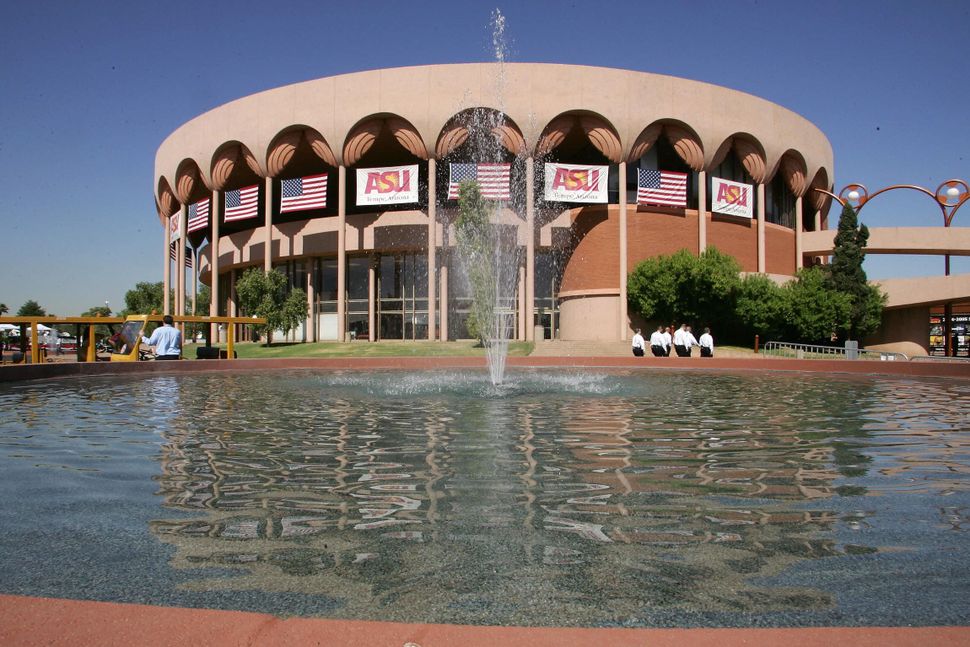 (JTA) — A federal lawsuit filed against Arizona State University claims the school is violating the free speech of a student Muslim group by not allowing it to sponsor a speaker who promotes a boycott of Israel.

The Council on American-Islamic Relations filed the suit last week in U.S. District Court in Phoenix on behalf of the school’s Muslim students.

Arizona State’s Muslim Students Association invited Hatem Bazian, the founder of American Muslims for Palestine, to speak at a campus event on April 3. But Bazain, a senior lecturer at the University of California, Berkeley, said he would not sign the speaker’s contract because of a “no boycott of Israel” clause added to the pact after the state passed an anti-BDS law.

Bazian also is a co-founder of Students for Justice in Palestine and, according to the lawsuit, a leader in the U.S. of the Boycott, Divestment and Sanctions movement targeting Israel.

The Arizona law passed in March 2016 requires that any company contracting with the state submit a written certification that it is not currently boycotting Israel. Similar anti-BDS laws have been passed in more than 20 states.

The lawsuit calls on the court to declare the Arizona anti-BDS law unconstitutional and to order the university and its board of regents to remove the “No Boycott of Israel” clause from its speakers contract.

It says the no boycott clause “constitutes viewpoint discrimination that chills constitutionally protected political advocacy on behalf of Palestine.”

A university spokesman told the Arizona Daily Sun that the wrong contract was sent to Bazian, since student groups are not public entities and are not required to certify that they do not boycott Israel.