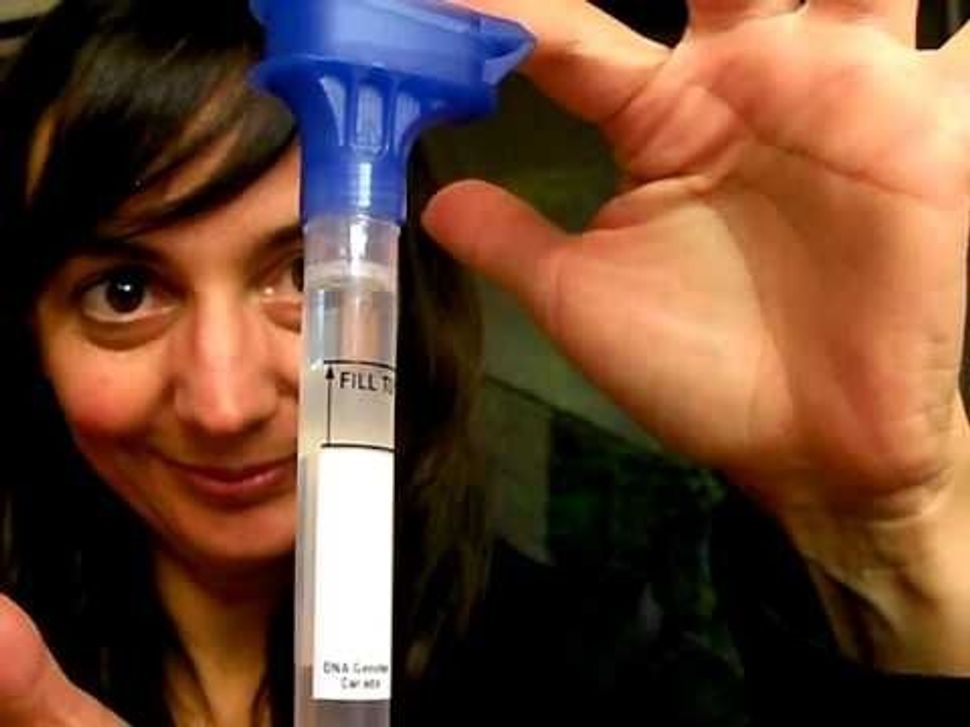 A woman shows off her 23andMe spit vial before mailing it to the company’s labs. Image by YouTube

23andMe recently received FDA approval to inform customers of its popular mail-in DNA tests about their risk for breast cancer, the Atlantic reported. 23andMe is the first company to get federal approval for a direct-to-consumer genetic cancer risk test.

The FDA sanctioned 23andMe’s request to tell customers whether they have mutations on the genes BRCA-1 or BRCA-2 genes — mutations that are strongly linked to the development of breast cancer.

Another Silicon Valley company, Color Genomics, launched a similar breast cancer genetics test in 2015. But the company — owned by an Israeli — was only allowed to sell its mail-in test through physicians.

23andMe used to offer BRCA tests when it first was founded, but was forced to suspend all its genetic health testing by the FDA in 2013.

“Worrying about the many current 23andMe customers who have one of or more of these variants has caused me sleepless nights,” 23andMe CEO Anne Wojcicki wrote in a blog post Tuesday.

BRCA gene mutations mainly affect women, and certain variants of the mutation can increase risk of breast and ovarian cancer by nearly 50%.