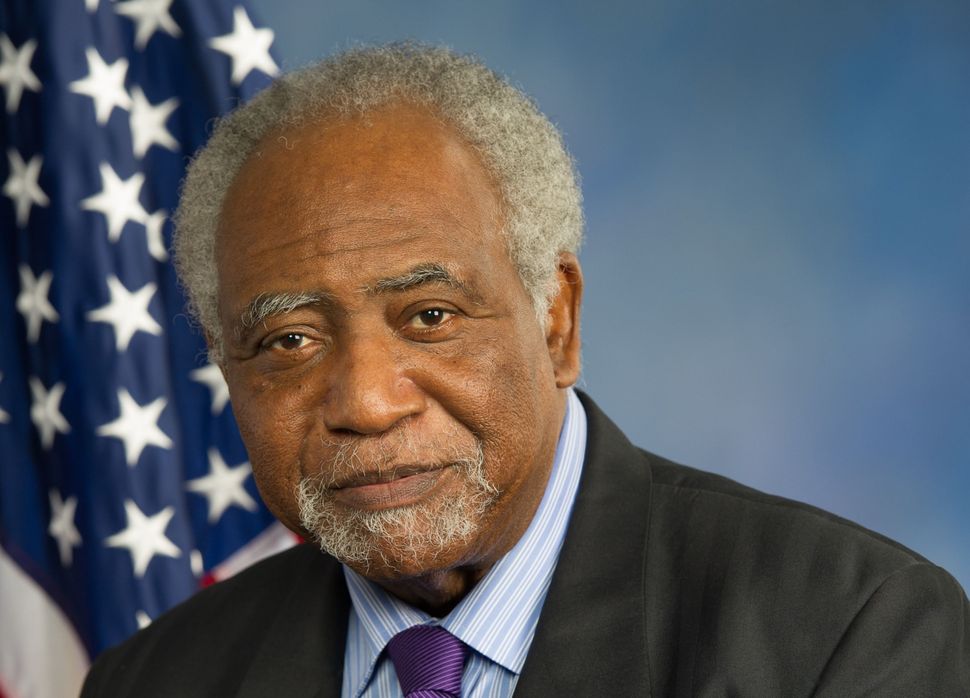 Rep. Danny Davis issued a statement on Thursday condemning the Nation of Islam leader Louis Farrakhan, days after an interview in which he said he had “no problems” with the preacher who has been accused of anti-Semitism for decades.

Davis, a Democrat who has represented parts of Chicago since 1997, told the conservative Daily Caller last month that he thought Farrakhan was an “outstanding human being,” and claimed in another interview last week that “The world is so much bigger than Farrakhan and the Jewish question and his position on that and so forth.”

After criticism from the Jewish community, Davis issued a statement on Monday saying he was not anti-Semitic and had worked to fight anti-Semitism and other forms of racism, but did not mention Farrakhan specifically.

In a follow-up statement on Thursday evening, he explicitly distanced himself from Farrakhan. “Let me be clear: I reject, condemn and oppose Minister Farrakhan’s views and remarks regarding the Jewish people and the Jewish religion,” he said. “Those who have attempted to defame me either do not know me or my lifetime record or are deceitfully and deceptively attempting to use this as an opportunity to foment division and hatred between the African American and Jewish communities.”

The second statement came after J Street, the dovish Israel-related group, told JTA Wednesday that they were reevaluated their endorsement of Davis.

“We take anti-Semitism quite seriously,” J Street’s statement read. “We are currently in conversation with Representative Davis’ office about this issue. We will get back to you shortly with a more extensive response.”

Two Democratic members of Congress who had appeared at events with Farrakhan over the years, Reps. Barbara Lee and Gregory Meeks, issued their own condemnations of Farrakhan on Twitter on Thursday.