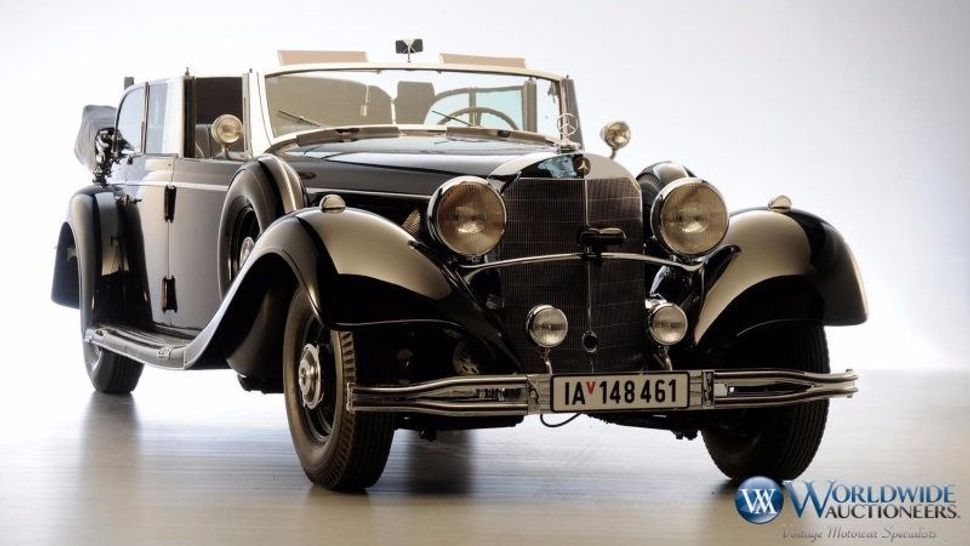 An armor-plated Mercedes-Benz limousine that Adolph Hitler used for parades was spotted last month in a superrich Seattle suburb that is home to Jeff Bezos and Bill Gates, the Seattle Times reported.

The five-ton limo, one of only 88 ever produced, was parked briefly on the streets of Medina, Washington, while likely en route to being shipped overseas. The car was supposed to sell at auction in January, but even one $7 million bid failed to meet the seller’s minimum price. Ten percent of the proceeds would have benefitted the Simon Wiesenthal Center in Los Angeles.

After the failed auction, the car’s auctioneers announced that they had found a private seller. Rod Egan, a principle at Worldwide Auctioneers, denied that the buyer lived in Medina, raising the possibility that the car was only briefly unloaded from the back of a semi trailer so that a different car could be removed.

“The end destination is not in this country,” Egan said. “It’s far, far away.” Egan also said the buyer signed a non-disclosure agreement when purchasing the car.

Jessi Sites, who saw the car being offloaded, said she was surprised that only a “couple of guys” were standing guard over the historical relic.

This particular model — the 770K Grosser — has a storied history. One photograph, from 1939, shows Hitler sitting with Benito Mussolini in a car with the same license plate as the one recently seen outside Seattle.