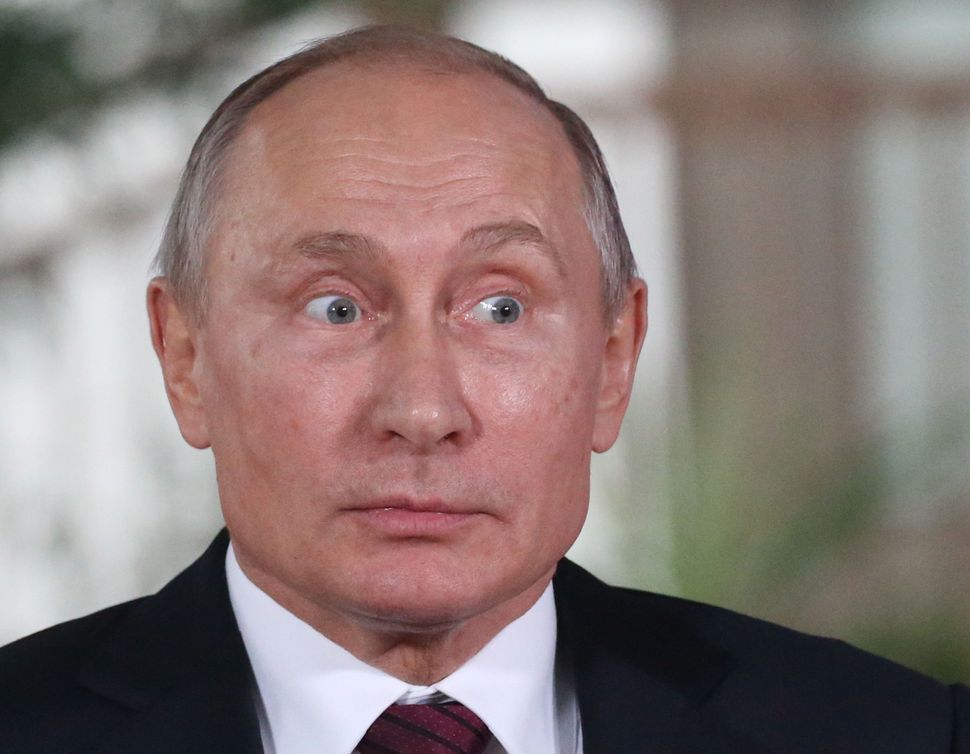 Vladimir Putin suggested that Jews may have been behind Russia’s documented efforts to interfere in the 2016 presidential election in an interview with Megyn Kelly Sunday night.

Putin’s comments came as he deflected blame for Russian interference in U.S. politics through social media and possible electronic voting machine hacking. He told Kelly he “couldn’t care less” about the 13 Russian nationals indicted last month for election interference by Special Counsel Robert Mueller as part of his investigation into Donald Trump’s campaign.

“Maybe they are not even Russian,” Putin said of the indicted Russians. “Maybe they are Ukrainians. Tatars. Jews. Just with Russian citizenship. Even that needs to be checked.”

Putin’s words sparked a backlash on social media. The Anti-Defamation League’s Jonathan Greenblatt called the comments “deeply disturbing” and compared them to the classic anti-Semitic book “The Protocols Of the Elders of Zion.”

There goes the conventional wisdom that Putin is not anti-Semites. There are no values, only interests. https://t.co/n28EtOdl81

Putin suggests Jews are to blame for Russian election interference. Why does our President still cover for this anti-Semitic dictator?https://t.co/5JMqfHOaP4