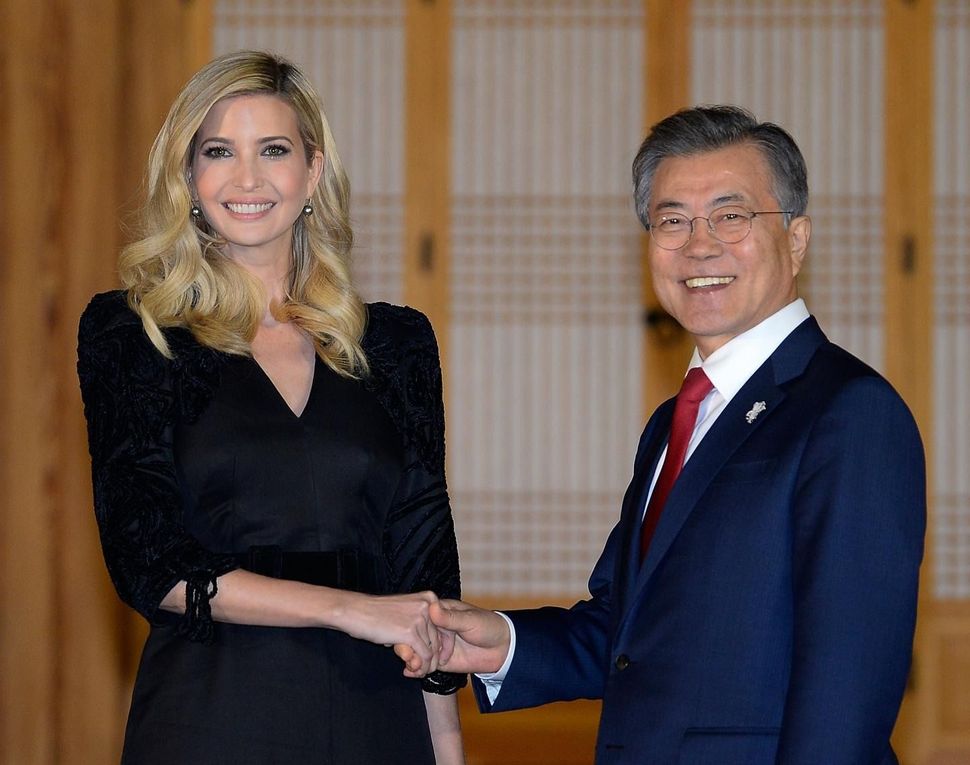 South Korea’s government has called on a Turkish news channel to apologize for reporting that President Moon Jae-in and Ivanka Trump are a “killer couple.”

Referring to a photograph taken of the two meeting at the PyeongChang Winter Olympics, Show TV also referred to Moon and Ivanka as “a millionaire businessman and his wife.”

During their February 23 meeting, Trump reportedly briefed Moon and his actual wife Kim Jung-sook on President Trump’s North Korea policies. She also reportedly told the couple that she would teach her three children Korean so that one day they could sing to them.

Show TV deleted the post once the South Korean embassy in Ankara raised the issue, but the Korean Ministry of Foreign Affairs is reportedly still waiting on an apology.