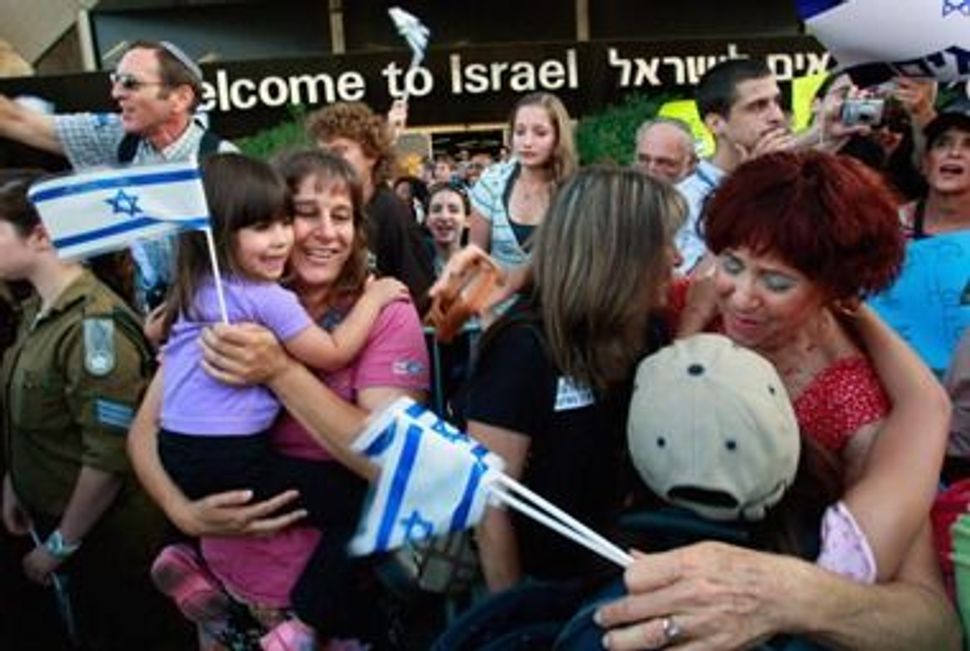 Around one-third of all Jewish immigrants to Israel get backing from evangelical Christians, the Associated Press [reported] Thursday.

“After 2,000 years of oppression and persecution, today you have Christians who are helping Jews. This is an amazing thing,” said Rabbi Yechiel Eckstein, president of the International Fellowship of Christians and Jews, a group that raises money from evangelical Christians for Jewish causes.

Of the more than 28,000 Jews who immigrated to Israel in 2017, at least 8,500 arrived with help from Christian donations, according to official figures and numbers provided by Jerusalem’s International Christian Embassy, another group that raises money from evangelicals.

Israeli charities raise millions of dollars from Christians around the world, and evangelical Christians make up 13 percent of all tourists to Israel, ABC News reported.

Some Christians view Israel’s existence as fulfilling biblical prophecy. This has drawn some suspicion from Jews that evangelical assistance comes from a belief that the Jewish state is a forerunner to the apocalypse, a time when it is believed Jesus will return and Jews will either accept Christianity or die.

“We don’t see any reason why not to rely on help, including donations, from all our friends around the world, be they Jewish, Christian or others,” Yigal Palmor, a spokesman for the Jewish Agency, a nonprofit that spearheads Jewish immigration to Israel, told the AP.